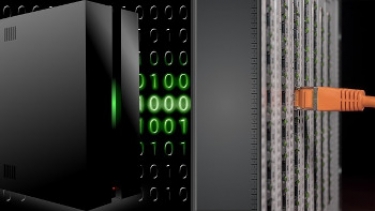 One of four data centres in Strasbourg belonging to French firm OVHcloud was destroyed in a fire that began at about 11am AEDT on Wednesday.

The company said in a statement that the fire had broken out at 00.47am local time on Wednesday. It was brought under control by 4.09am local time (2.09pm Wednesday AEDT).

The burnt OVH SBG2 datacenter, was a non-container design built in 2016. Its “Tower” structure had a capacity of 30,000 servers and a power consumption of 2MW. Curiously, all servers are still shown "green" on the status page: https://t.co/J75VKiVJPI

The building that was destroyed was known as SBG2. Three other data centres, SBG1, SBG3 and SBG4, have not been affected but are now inaccessible.

"The fire is now contained. We are relieved that no one was injured, neither among our teams nor among the firefighters and the services of the prefecture, whom we thank for their exemplary mobilisation at our side," OVHCloud said.

OVHcloud is the third largest data centre operator globally and the biggest in Europe. It has operations in Australia as well.

OVH founder and chairman Octave Klaba said in a tweet: "We plan to restart SBG1+SBG4+the network by Monday March,15 and SBG3 by Friday March,19.

"In RBX+GRA we have the stock of new servers, pcc, pci ready to be delivered for all the impacted customers. Of course for free. We will add 10K servers in the next 3-4 weeks."

More in this category: « Hyperscale connectivity drives US $3 Billion in data centre projects by Equinix and JV Partners AirTrunk opens new data centre in north Sydney »
Share News tips for the iTWire Journalists? Your tip will be anonymous