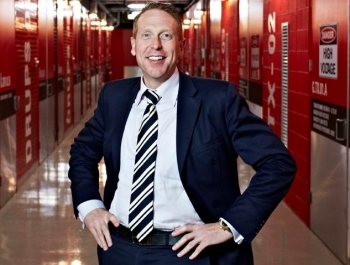 Data centre operator NextDC has sealed a deal for APAC network provider Superloop to connect the new Indigo subsea cable system to its data centres in Perth and Sydney.

NextDC says its Sydney customers will be amongst the first to benefit from Asia Pacific’s shortest submarine cable route between Sydney and Singapore — also the major AsiaPac gateway to Europe and Africa — by utilising the Indigo Central and Indigo West cables for a path that is about 4000 kilometres shorter than the next shortest submarine path.

The Indigo cable stretches 9200km between Singapore and Perth via Jakarta and onwards to Sydney and will be built by Indigo consortium members AARnet, Google, Indosat, Singtel, SubPartners, and Telstra.

And Superloop will also be the inaugural customer at NextDC’s new 20MW P2 Tier IV data centre currently under development in East Perth.

NextDC says the connections will go live with Indigo’s expected ‘ready for service’ date in the first half of 2019, when the consortium will light up two fibre optical pairs with a minimum capacity of 18Tbps each, enabling 36 terabit speeds.

“Our partnership with Superloop provides our customers access to the most direct connectivity between Perth and Sydney, and the fastest gateway into Singapore via a simple Cross Connect. Having Indigo as our first P2 customer underlines the ever-increasing importance of cloud-to-cloud connectivity, whether national or international, and supports Perth’s acceleration towards a cloud-based economy.”

Drew Kelton, chief executive of Superloop, said, “We are starting to see the benefits of our investment in infrastructure in Australia and South East Asia. INDIGO joins these markets together and in conjunction with NextDC provides a springboard for Australian businesses expanding in Asia or Asian business seeking a foothold in Australia.”

NextDC says the Indigo cable network will deliver about a 40-millisecond latency advantage over existing submarine cable systems connecting to Sydney and Singapore.

More in this category: « NextDC confirms contract commitments ahead of new Sydney data centre completion Digital Realty ramps up data centre investment in Australia »
Share News tips for the iTWire Journalists? Your tip will be anonymous