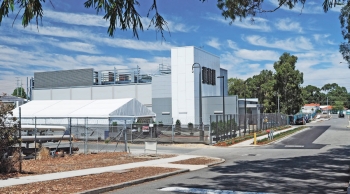 Data centre operator Metronode’s Shenton Park facility in Perth has been selected as the landing station for the Australia Singapore subsea cable linking Singapore to Perth via Indonesia.

Metronode has also revealed it is in the final stages of negotiation to further expand the Shenton Park facilities with the addition of adjacent land at the site.

“We are delighted the cable will land at Metronode’s Shenton Park data centre, which confirms its premier location in Perth and our decision to further expand facilities to accommodate the expected growth from cloud, Government and enterprise customers.

“It will also provide unparalleled opportunity for clients in Metronode’s facility to connect and do business with South-East Asia.”

Yuile notes that in October, the Shenton Park facility received a NABERS 4.5-star data centre rating, bringing the total to four Metronode data centres awarded a NABERS 4.5 rating, “the most of any Australian provider”.

The acquisition of additional land at Shenton Park is in addition to a $150 million construction programme being undertaken this year by Metronode.

Metronode has built and opened new facilities to cater for an 8MW hyperscale international customer at Derrimut, Melbourne and completed construction of a new data hall at Unanderra Wollongong. It is also in the last stages of construction for new facilities on its Silverwater Sydney site.

“The demand is growing for Metronode’s high-density, hyperscale, energy-efficient, highly-secure facilities and we can now build data centres faster than any other provider in Australia,” Yuile said.

“This gives us a distinct market advantage because we can satisfy our customers’ requirements within months rather than years.”

More in this category: « iSeek, Schneider Electric, Optus partner on new data centre Equinix looks for Australian, APAC growth with Metronode acquisition »
BACK TO HOME PAGE
back to top