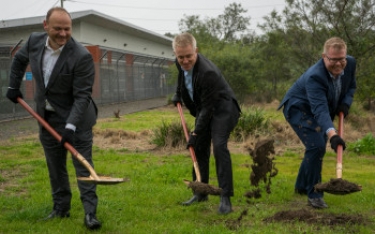 Leading Edge Data Centres has begun construction of a new data centre in Mayfield West in NSW, with the company claiming it would create jobs, add needed network infrastructure to the area and boost the digital economy in Newcastle and the greater Hunter region.

The $20 million data centre is being in built in partnership with Ausgrid, Leading Edge said in a statement.

“This is a great leap forward towards our Hunter project which will provide the same Internet and direct cloud connectivity as any other metropolitan city,” he said.

“This construction and expansion of IT infrastructure will support the local community, as well as provide new opportunities for economic growth for local businesses," she said. 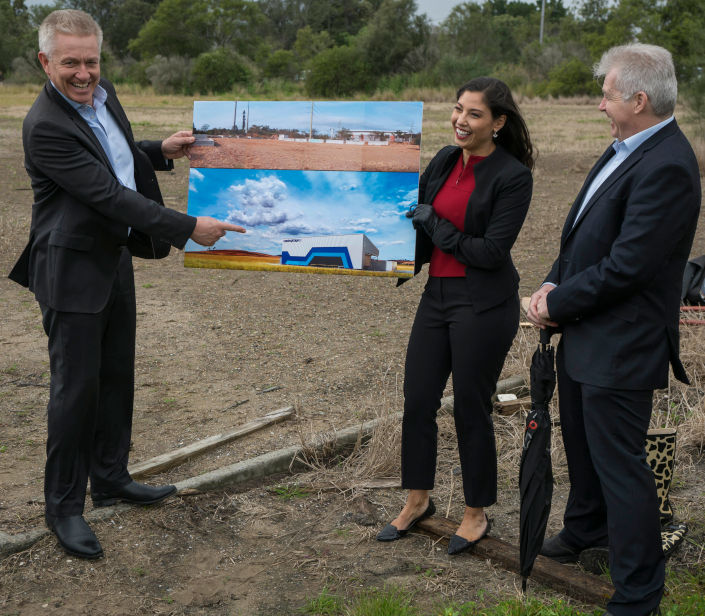 Leading Edge's Chris Thorpe and Lauren Ryder hold up an artist's concept of what the new data centre will look like after completion, while the chief information officer of the City of Newcastle, Paul Dickson, looks on. Courtesy: Leading Edge Data Centres

"It’s another example of how the City of Newcastle is creating a smart, global city under the Newcastle Smart City Strategy.”

The statement from Leading Edge said Ausgrid was the largest distributor of electricity on Australia’s east coast and supplied power to 1.8 million households and businesses across 22,000 square kilometres covering Sydney, the Central Coast and the Hunter Valley.

Ausgrid chief customer officer Rob Amphlett Lewis said the company was delighted to support the project which he described as being aligned to its business purpose of connecting communities and empowering lives.

“It’s more important than ever before for our communities to be connected,” Amphlett Lewis said.

“By collaborating with our partners like Leading Edge Data Centres, Ausgrid not only ensures reliable power for customers, but also supports reliable access to the data their technology relies upon.”

The Leading Edge Data Centres rollout would be expanding over 14 regions in NSW over the next 12 months, the company said.

Approval had been given by Newcastle Council to open a data centre in Newcastle Airport and planning was also well advanced for expanding the Edge data centre network into regional locations in Victoria and Queensland.