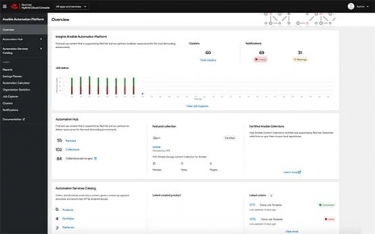 Putting Red Hat Ansible Automation Platform on Azure means joint customers can implement automated OS configuration, application provisioning, network automation, infrastructure as code (IaC) and security orchestration without having to deploy and configure the platform, according to the companies.

The integration of Ansible Automation with Azure computer, network and storage services is said to increase the ROI of automation, in part by helping enterprise IT teams achieve greater scale, speed and standardisation, thus reducing the infrastructure maintenance and operational burden.

"We believe that this is the decade of automation. Just like in other domains, from manufacturing to logistics, automation is the one technology that enables the operational scalability necessary to build and operate at hybrid cloud-scale," said Red Hat Ansible business unit vice president and general manager Joe Fitzgerald.

"Customers around the globe are realising this and are exploring many different options. But the automation needs of any organisation go well beyond simply creating and destroying workloads or infrastructure. If you are in any operation team focused on continuous IT governance, automated infrastructure provisioning alone will not be enough. Ansible Automation Platform gives DevOps and ITOps the ability to automate and govern at scale every aspect of the application lifecycle, but it also gives NetOps, SecOps, and FinOps the ability to automate the multitude of tasks that must be executed irrespective of application delivery."