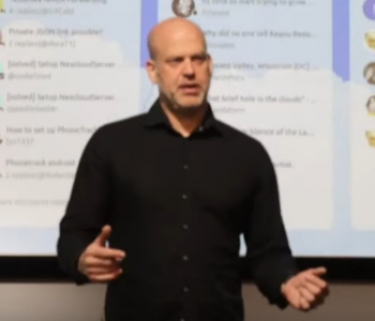 iXsystems sells high-availability storage with servers running open source solutions like FreeNAS, FreeBSD, OpenZFS, and TrueNAS, all based on the ZFS filesystem.

In a statement, Nextcloud founder and chief executive Frank Karlitschek said: "As self-funded companies that share a strong open-source philosophy, Nextcloud and TrueNAS are natural partners.

“Our mutual customers will benefit from an open and flexible platform with strong enterprise support capable of delivering efficient collaboration at any scale.”

There are claimed to be tens of thousands TrueNAS systems already using Nextcloud, and the company said the creation of a supported well-integrated offering would give bigger companies the confidence to deploy these systems.

iXsystems TrueNAS servers range from small units for home users to storage platforms with more than 20 petabytes of capacity.

All data on these systems is maintained within the user's private infrastructure unlike cloud productivity platforms like those from Microsoft and Google.

Brett Davis, executive vice-president of iXsystems, said: “Enterprise storage needs continue to explode, only overtaken by the growth of compliance and privacy challenges.

“iXsystems and Nextcloud are uniquely capable of delivering a platform that tackles these two challenges at once.”

The statement said Nextcloud Hub for TrueNAS was available immediately, based on the current Nextcloud 2.2.