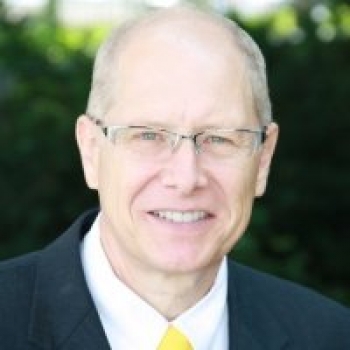 Improving data analysis from 4 days to 30 minutes had an amazing effect on 'what-if' planning.

Andrus started by describing the reasoning behind an acquisition. "When you go to acquire a company, you do it, usually, for this basic reason. They're doing something awesome and you think that their awesome or their chocolate and your peanut butter is going to make more awesome. It's never that easy, because the source of awesome comes out of three things. The product, the people and the execution. And they may have awesome product, people and execution and you have awesome product, people and execution, but they don't match like this (Andrus shows how his fingers might interlock), they're like this (he rotates one hand 90 degrees).

"If you don't match them up, or create a new product, people and execution, what you get is kind-of a lot of ewww. And so, what we've been successful with is taking the great things about our acquisitions' product, people, execution; mixing it with ours and then coming up with a new us. And that's where the trick is."

But, then it gets harder.

"Not only do you have to deal with this (making the 90 degree gesture again), but you have all kinds of international ewww, which is like compliance, laws, cultures etc. and the way we do it is by going in, understanding the culture and the compliance and the regulatory environment you're working in. And then we partner heavily with those in-country who really understand it, and we use channels not just in-country, but across the world."

"The fact is, that when the probability of failure goes to zero, so does the probability of success. You have to have some risk - the great place to have risk is when you're making decisions, when you're executing great business judgement, not skipping [the process of] collecting the good data and doing the planning. Our planning system was taking four days for us to be able to integrate. We'd come up with ideas, we'd change the rules, it was taking four days. So, what do you do? You end up making decisions with more risk than you need to have.

"When we implemented Planning and Budgeting, we took our planning cycle from four days to 30 minutes. So we could just sit there and say 'what if' or 'what do we do…' so now we're able to focus on executing with good judgement instead of taking guesses about data."

More in this category: « Strong growth in Australian spending on public cloud services: report How does AI fit into the Oracle/NetSuite strategy? »
Share News tips for the iTWire Journalists? Your tip will be anonymous