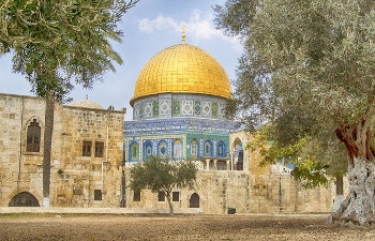 Image by Jim Black from Pixabay

A Jewish employee of Google has said she intends to resign by the weekend due to what she claims are "retaliation, a hostile environment, and illegal actions by the company" after she protested against a US$1.2 billion (A$1.74 billion) cloud deal which Google signed with Amazon, the Israeli Government and military.

In a long post on the blogging site Medium, Ariel Koren said more than 700 Google employees had signed a petition calling for its retaliation against her over her protests against what is known as Project Nimbus.

"Instead of listening to employees who want Google to live up to its ethical principles, Google is aggressively pursuing military contracts and stripping away the voices of its employees through a pattern of silencing and retaliation towards me and many others," Koren claimed.

"Google is weaponising its DEI (diversity, equity, inclusion) and ERG (employee resource group) systems to justify the behaviour, so it is no coincidence that retaliation has disproportionately impacted women, queer, and BIPOC (Black, Indigenous, (and) People of Colour) employees."

Protests from Google employees against contentious projects are not uncommon. In May 2018, more than a dozen employees quit over the company's involvement in Project Maven, a US Defence Department program that uses artificial intelligence to interpret video images and assist in targeting enemies in drone strikes.

In 2019, Google abandoned plans to launch a censored search platform in China after the plan was exposed in the media and resulted in protests outside its offices in 15 cities.

Details of Project Dragonfly, as it was known, were first reported by The Intercept. Google closed its offices in China in 2010 after it was discovered that the authorities had breached its servers there.

Today 15 Palestinian Googlers & allies are sharing their stories about the bias institutionalized within the company that helps Google justify & protect its $1B contract Project Nimbus: https://t.co/jEttHctupI

Koren said in her post: "I have consistently witnessed that instead of supporting diverse employees looking to make Google a more ethical company, Google systematically silences Palestinian, Jewish, Arab, and Muslim voices concerned about Google’s complicity in violations of Palestinian human rights — to the point of formally retaliating against workers and creating an environment of fear.

"In my experience, silencing dialogue and dissent in this way has helped Google protect its business interests with the Israeli military and government."

iTWire has contacted Google for its take on Koren's claims.

More in this category: « FirstWave launches CyberCision platform for IT service providers SoftIron launches HyperCloud integrated cloud fabric »
Share News tips for the iTWire Journalists? Your tip will be anonymous