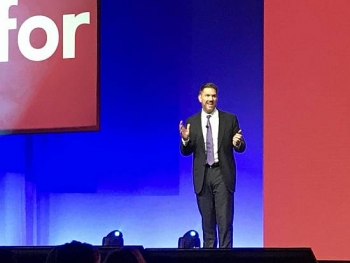 The City of Gold Coast's Infor Cloud deployment is about to go live.

During his keynote presentation at Inforum 2017, Infor president Stephen Scholl (pictured) described the City of Gold Coast as one of the company's "great customers" alongside Amazon, Ford and Schneider Electric.

Inforum CloudSuite has been adopted by the City of Gold Coast as part of the technology platform for the 2018 Commonwealth Games.

The project will go live in the next few days, Scholl said, with other functions including rates, utility billing and permit applications (eg, for building work).

When the deal was signed in late 2015, it was reportedly Infor's largest SaaS deal to date.

Infor is particularly strong in the public sector in Australia and New Zealand, observed vice-president for South Asia, ASEAN and Pacific Helen Masters.

Healthcare is the sector with the fastest growing adoption of CloudSuite, Scholl noted.

Disclosure: The writer attended Inforum 2017 as a guest of the company.

More in this category: « Go serverless and save money, says analyst HPE begins pushing new hybrid offering »
Share News tips for the iTWire Journalists? Your tip will be anonymous