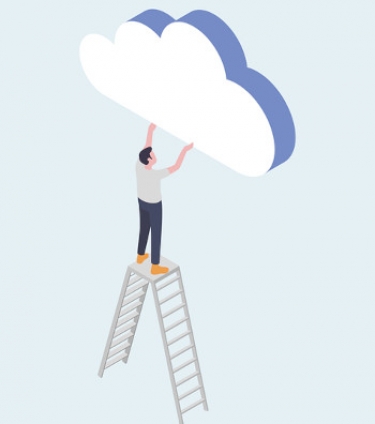 Global end-use of public cloud services is expected to boom this year, with technology analyst firm Gartner predicting a 23.1% rise in spending and reach US$332.3 billion (A$428.7 billion) from US$270 billion in 2020.

The company said software-as-as-service remained the largest market segment and was expected to reach US$122.6 billion this year. The infrastructure-as-a-service and desktop-as-a-service segments would see the biggest growth, at 38.5% and 67.7% respectively.

“The events of last year allowed CIOs to overcome any reluctance of moving mission-critical workloads from on-premises to the cloud,” said Sid Nag, research vice-president at Gartner. “Even absent the pandemic there would still be a loss of appetite for data centres.

“Emerging technologies such as containerisation, virtualisation and edge computing are becoming more mainstream and driving additional cloud spending. Simply put, the pandemic served as a multiplier for CIOs’ interest in the cloud.”

The tech analyst company said the global move to produce and distribute COVID-19 vaccines would lead to more take-up of SaaS applications that were part of the automation and supply chain. 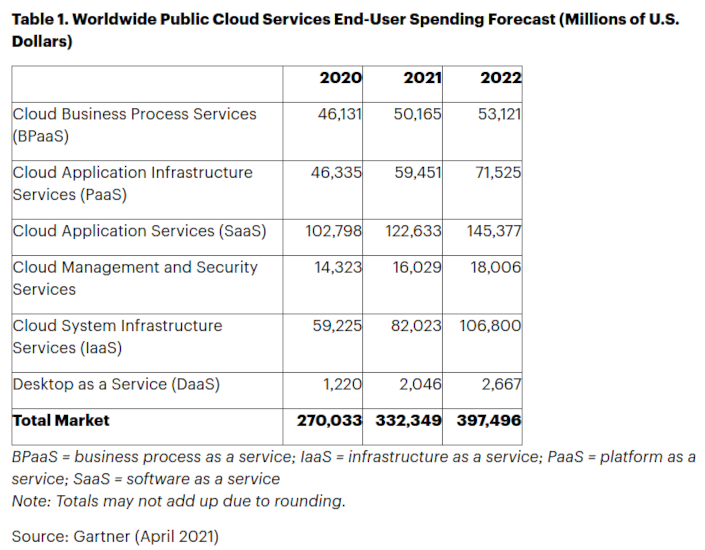 “It’s important to note that the usage and adoption of cloud that served enterprises well during the ongoing crisis will not look the same in the coming years,” said Nag.

“It will further evolve from serving pedestrian use cases such as infrastructure and application migration, to those that combine cloud with technologies such as artificial intelligence, the Internet of Things, 5G and more.

“In other words, cloud will serve as the glue between many other technologies that CIOs want to use more of, allowing them to leapfrog into the next century as they address more complex and emerging use cases. It will be a disruptive market, to say the least.”

More in this category: « Government and financial services should accelerate mainframe migration to cloud: Accenture SAP launching Critical Data Cloud in Australia and New Zealand »
Share News tips for the iTWire Journalists? Your tip will be anonymous