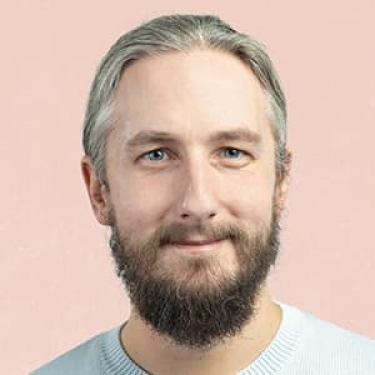 COMPANY NEWS: Fastly, a global edge cloud platform provider, today announced the availability of JavaScript in Compute@Edge, allowing developers to build with even more flexibility in Fastly’s serverless compute environment. With more JavaScript developers in the world than there are for any other development language, the availability of a faster, more secure way of building with JavaScript brings Compute@Edge’s safety benefits and speedy execution to more workloads around the globe.

“When we launched Compute@Edge with a language-agnostic vision, JavaScript wasn’t one of the languages we evaluated for support, because at the time, it couldn’t compile to WebAssembly, meaning we wouldn’t have been satisfied with the security of JavaScript within our serverless compute environment,” said Fastly CTO Tyler McMullen. “However, since we released Compute@Edge, JavaScript has been the most requested language to add, so it was top of our priority list once WebAssembly supported it. Today, we’re thrilled to open up a serverless, zero-cold start JavaScript offering with a reduced attack surface, compared to similar offerings on the market. With serverless computing on the rise, we hope this motivates continued adoption of a powerful technology for businesses as they build modern digital experiences.”

For years, JavaScript developers have had to navigate ~250+ milliseconds of startup latency in serverless environments. Known as cold starts, this latency delays request processing, slowing down time-sensitive applications and websites. To compensate for these delays, developers have tried adding more functions into a single serverless deployment, leading to increased security risks due to a larger blast radius for attacks. Combined with some alternative platforms’ lack of proper sandboxing between instances, serverless JavaScript has fallen prey to attackers, and developers have either avoided serverless technology or had to accept the shortcomings in safety and speed.

Fastly solves for both of these challenges through key architectural decisions made when Compute@Edge was initially built. Instead of relying on existing technologies for serverless compute - like reusable containers - Fastly built Compute@Edge using WebAssembly. This high-performance technology allows Compute@Edge to scale with startup times that are 100x faster than other serverless offerings on the market, so customers can now execute JavaScript code without having to worry about cold start times. With security in mind, Fastly developed a unique, highly-secure isolation technology that creates and destroys a sandbox for each individual request from JavaScript compiled through WebAssembly.

“JavaScript is the most popular programming language today by a distance, continuing to grow and find new niches," said RedMonk analyst and co-founder James Governor. “Serverless platforms are a natural home for new JavaScript workloads. Performance and security remain key concerns, and speed is a killer feature. A reduced attack surface and no cold starts is likely to be attractive to modern web developers."

Fastly has been laser focused on enhancing the developer experience for Compute@Edge and also recently announced its local testing environment, allowing developers to run test code with production level parity so they can find and fix issues fast while building for scale and performance within a serverless compute environment.

To try serverless JavaScript with more speed and security, sign up for Compute@Edge for more information.

Fastly helps people stay better connected with the things they love. Fastly’s edge cloud platform enables customers to create great digital experiences quickly, securely, and reliably by processing, serving, and securing our customers’ applications as close to their end-users as possible — at the edge of the internet. Fastly’s platform is designed to take advantage of the modern internet, to be programmable, and to support agile software development with unmatched visibility and minimal latency, empowering developers to innovate with both performance and security. Fastly’s customers include many of the world’s most prominent companies, including Pinterest, The New York Times, and GitHub. Australia and New Zealand customers include Freelancer, Kogan, Linktree, Nine, NRL, Radio New Zealand, Seven Network, Trademe and Vodafone.