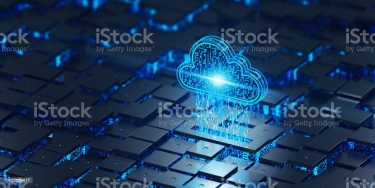 Spending on cloud services in Asia Pacific was down in the fourth quarter, dragged by a troubled tech sector in China, according to an ISG report.

The Asia Pacific ISG Index showed that fourth-quarter ACV for the combined market (managed services and cloud-based XaaS) dropped by 33% at US$3.4 billion.

This was attributed to particular weakness in infrastructure-as-a-service (IaaS) spending due to lockdowns and technology regulation in China that impacted the country’s large hyperscale providers.

Against the third quarter, combined market was up by 14%, which, according to the ISG report was the “the best sequential growth of the three regions the ISG Index measures.”

“The tech sector in China continues to have outsized impact on the overall Asia Pacific region. If you exclude China, Asia Pacific’s combined market ACV for the quarter would have been up 10% over the prior year,” said ISG Asia pacific partner and regional leader Scott Bertsch.

The managed services sector outperformed the overall market in the fourth quarter, with ACV up by 21%, recording US$1.3 billion, and 96 contracts signed in the quarter, up by 52% year over year.

“Managed services had its second-best quarter ever, trailing only the second quarter of 2012,” Bertsch said. “The region saw strong demand for infrastructure and managed network services, as well as industry-specific BPO services and facilities management. Nearly 100 managed services contracts were signed in the quarter, a new record.”

Fourth-quarter XaaS spending, on the other hand, was down BY 48% from the prior year at US$2.1 billion. IaaS spending was off 53% (US$1.7 billion), while software-as-a-service (SaaS) spending declined 9% at US$412 million.

Full-year results
Asia Pacific’s combined market generated ACV of US $13.8 billion down by 21% versus 2021, the steepest decline since ISG began measuring the combined market in 2015.

Geographic performance
For the full year, Australia/New Zealand (ANZ), the region’s largest market, generated US $1.1 billion of managed services ACV, down 14% versus the prior year, even though it had its strongest quarter of the year in the fourth quarter, with ACV of US$469 million.

Southeast Asia, the region’s second-largest market, produced US$795 million of managed services ACV for the year, up by 74%, and finished 2022 at US$344 million of ACV in the fourth quarter up by 46%over the prior year.

Also among the region’s big gainers, India finished the year with managed services ACV at US$612 million, up by 52%, and had its best quarter of 2022 in the fourth quarter with ACV at US$205 million, double the prior year.

ISG analysts said XaaS providers are still dealing with “tech excess” and compensating for softening demand by reducing the size of their work forces after a period of significant hiring the last few years.

Given this, ISG is forecasting annual ACV growth of 17% for the XaaS market in 2023, lower than in prior years.

As for managed services, the shift toward cost optimisation “should provide favourable tailwinds for this market,” ISG analysts noted.

ISG forecasts a 5% ACV growth for managed services in 2023.

This first appeared in the subscription newsletter CommsWire on 23 January 2023.

More in this category: « AWS launches first Australian AWS local zones in Perth
Share News tips for the iTWire Journalists? Your tip will be anonymous