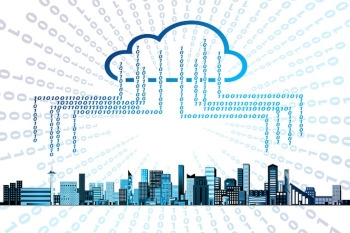 Only three of the major cloud providers — AWS, Alibaba and Microsoft — will remain in the market after a few years, with AWS continuing to dominate during 2019, a veteran technology journalist says in his annual tech predictions.

Robert X. Cringely, one of the first Apple employees and the author of Accidental Empires, the only history of the computer industry, also predicted that the Department of Justice or the Federal Trade Commission would try to make Amazon spin off AWS.

He said public cloud, hybrid cloud and private cloud would slowly fade away and be replaced by virtual private cloud, an AWS invention.

"What has developed is that the VPC solution based on open source using Linux will change the Internet-as-a-Service (IaaS) Cloudscape to VPC-only during 2019," Cringely asserted.

Cringely issues a list of predictions every year, but has said this would be the last year he does so.

He cited the technology analyst firm Gartner as viewing IBM, Oracle and Alibaba as losers in the cloud race, and agreed with the first two, but not that Alibaba would lose out.

"[Alibaba] may well have what’s right now an uncompetitive cloud offering, but as the only Chinese company in the chart they will not be allowed to fail," he said.

"Political pressures are so high that Alibaba will push forward with its cloud offering no matter how much it costs or how little it earns."

Of Google, he said: "Google’s largest cloud customer will always be Google and that will inevitably lead to poorer service for outside customers. That’s why I think of Google Cloud as half of a player."

As to the prediction that Amazon would be asked to spin off AWS, Cringely said there was not much to explain because AWS was moving towards having mono ply power in the cloud space.

"Worse still, the larger customers of AWS (those not operating on a credit card) generally hate Amazon because of its ruthless business behaviour," he said.

"They are sharks and proudly so. I explained this awhile back and got a very stern phone call from Seattle, but as you know I don’t give two hoots about such things and simply explained that customers don’t like being bullied. Amazon sounded surprised."

He said if Donald Trump won re-election in 2020, he would be very please to see the splitting of AWS from Amazon - though he (Trump) would not be pleased at the end result: making Amazon owner Jeff Bezos, whom Trump dislikes, richer.

"Each of these companies sells their own database (DB2, SQL Server, and Oracle, respectively) that they’ve rolled into their cloud services." he pointed out.

"AWS’s RDB, in contrast, is based on MySQL and costs Amazon almost nothing to support, giving the biggest cloud player a clear pricing advantage. Now it’s easy to argue that these companies could do the same as AWS and that they’ve shot themselves in the foot, but don’t expect their lawyers to see it that way."

Given that, Cringely said it was likely that there would be a federal anti-trust case against AWS this year which would result in divestment, though it would take some years to conclude.