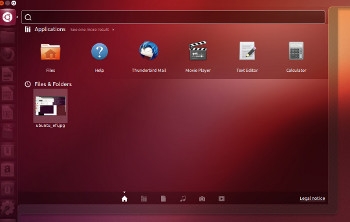 Canonical, the company behind the Ubuntu GNU/Linux distribution, has said it plans to sue an European cloud provider for distributing unofficial images of its cloud distribution despite several warnings.

The company offers certified cloud images of Ubuntu that are guaranteed to run on specific cloud platforms such as AWS, Azure or Google.

Performance is optimised and integrated with underlying cloud requirements, with input from the host's cloud engineers.

In a blog post, Ubuntu owner Mark Shuttleworth said his company was in dispute with an European cloud provider that had breached its contract and was publishing insecure, broken Ubuntu images.

He said Canonical made the same certification commitment to the Ubuntu images customised for the cloud that it did to the public releases.

"This provides a universal promise of performance, stability and security while imposing no premium cost on users of those images. You, as the user, get it free, but it takes a lot of work to get it right, and Canonical holds those pieces together, in partnership with the clouds," he wrote.

Shuttleworth said the home-grown images on the cloud, VPS and bare metal services of this provider disabled fundamental security mechanisms and modified the system in ways that were unsupportable.

"They are likely to behave unpredictably on update in weirdly creative and mysterious ways (the Internet is full of fun examples). We hear about these issues all the time, because users assume there is a problem with Ubuntu on that cloud; users expect that ‘all things that claim to be Ubuntu are genuine’, and they have a right to expect that," he said.

Some of the ways in which the images distributed by this provider had violated Canonical's own standard was by creating operational and security nightmares for users.

"Clouds have baked private keys into their public images, so that any user could SSH into any machine; clouds have made changes that then blocked security updates for over a week; clouds have confused users with image- or kernel-soup, and users have been pushed into building their own images; VMs have had changes that resulted in very slow boot or poor performance; unstable kernels that disable features Ubuntu packages expect to be there; and many more.

"When things like this happen, users are left feeling let down. As the company behind Ubuntu, it falls to Canonical to take action," Shuttleworth said.

More in this category: « Veritas embraces AWS – new products for the cloud BMC innovation suite for AWS in Australia - 'Innovation can no longer only be driven by IT' »
Share News tips for the iTWire Journalists? Your tip will be anonymous