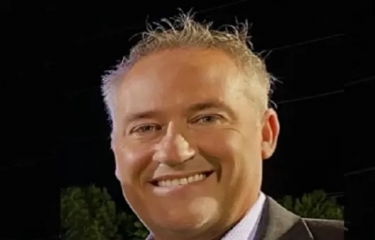 Australian adoption of multicloud technologies has already reached 39%, beating the global average of 36% and set to soar to 66% this year, according to a survey and research report from hybrid multicloud computing provider Nutanix.

According to Nutanix Australia and New Zealand Managing Director Jim Steed, security remains both the main driver and challenge to achieving multicloud triumph in Australia, contributing to a 64% surge in investment into security systems in Australia. And while 92% named hybrid multicloud as the ideal IT operating environment, 27% of Australian organisations remain wedded to a single public cloud provider – compared with 16% globally – amplifying security concerns and limiting Australia’s cloud skillset development,

“Australia is in an interesting position on the global cloud field,” said Steed.

“On one hand, it’s a true multicloud leader, ahead of the pack on building tomorrow’s preferred IT environment. On the other, we see too many businesses wedded to one public cloud provider to manage their infrastructure. What happens when that provider has an outage? How can IT leaders manage sovereignty concerns when the vast majority of the market belongs to multinational providers? IT engineers also need variety, not myopia, in the cloud skillsets they develop.”

Survey respondents were asked about their current cloud challenges, how they’re running business applications now and where they plan to run them in the future. Respondents were also asked about the impact of the pandemic on recent, current, and future IT infrastructure decisions and how IT strategy and priorities may change as a result.

Other key Australian findings from the report include:

For the fourth consecutive year, Vanson Bourne conducted research on behalf of Nutanix, surveying 1,700 IT decision-makers around the world in August and September 2021, with the respondent base spanning multiple industries and business sizes in Australia, other parts of Asia-Pacific, the Americas, Europe, the Middle East, and Africa.

To learn more about the Australian report and findings, view the full global report, see here.

More in this category: « There's a new open-source programming language for the cloud - and you need to know NEC Australia takes hybrid cloud to new heights with Sora »
Share News tips for the iTWire Journalists? Your tip will be anonymous