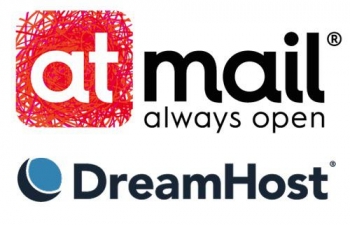 Sunshine Coast-based Atmail has been providing email software to ISPs and hosting providers since 1998. It subsequently offered the option of white labelled email as a service for providers that don't want the burden of running their own email systems but do want to preserve their branding.

That service was run from Atmail's own data centre, but the company realised it would be better to use an infrastructure as a service provider for improved scalability and more predictable operating costs.

So it embarked on a year-long R&D project to get its software working well on OpenStack. "I like where the [OpenStack] project is going," chief technology officer Ben Duncan told iTWire.

It makes it easy to spin virtual servers up or down, and simplifies large deployments, he explained, adding that he has a preference for open software rather than proprietary approaches.

Atmail then chose DreamHost's DreamCompute cloud platform to host its email as a service.

That was largely because they are well versed in OpenStack, and some DreamHost employees were involved with the Ceph open source object storage software. "These guys really know their stuff," said Duncan.

(Atmail recently received a $100,000 grant from the Queensland government to develop a native object storage layer to take advantage of Ceph and lower-cost storage hardware. Although email servers require a lot of storage space, most of the data is rarely accessed and therefore does not need to be kept on high-performance devices.)

Duncan was pleased by how smoothly the migration had gone, although there were a couple of wrinkles, in particular the sheer volume of mailbox data that had to be transferred to DreamCompute (eventually achieved by simply trickle-feeding to the virtual servers) and the need to tune the load balancer to work with the increased number of instances.

Now, somewhere between 30% and 40% of the company's revenue comes from its cloud service.

While customers are open to migrating to the cloud, one stumbling block is that DreamCompute is currently only available from a data centre in Los Angeles, with a second site planned for the East Coast. Duncan expects it will be about a year before DreamHost offers service from outside the US, and there is demand for an onshore service from current and potential customers in Europe and Australia.

Atmail is happy to stay with DreamHost in the short to medium term, but one of the benefits of OpenStack is that it makes it easy to use another provider if that's what is necessary to deliver onshore service to particular customers.

Product director Dan Viney said the data sovereignty issue depends on the nature of a customer's business, and may be necessary for compliance or policy reasons.

More in this category: « Nextcloud 10 to have dual-factor authentication Oracle signals cloud intentions with NetSuite buy »
Share News tips for the iTWire Journalists? Your tip will be anonymous