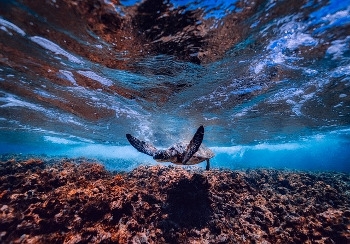 The Vocus Group has entered into a deal with Australia to undertake a scoping study on design, construction and procurement of an undersea cable system between the Solomon Islands, Papua New Guinea and Australia, displacing Huawei which was the original company signed to undertake the job.

Vocus made no mention of Huawei in a statement issued this morning. Political issues appear to have got in the way of the Chinese telecommunications giant participating in the project.

Vocus has experience in handling such projects, given that it designed and developed the North-West Cable System and the Australia-Singapore Cable. The latter project reached the halfway completion mark in November, while the former is up and running.

Last July, it was reported that Australia was putting pressure on the Solomon Islands to withdraw from the Project Honiara undersea cable project after the contract was awarded to Huawei.

Security concerns were said to be the reason why Australian officials had made the request which was, tellingly, conveyed to Solomon Islands Prime Minister Manasseh Sogavare by Nick Warner, the director-general of the spy agency ASIS.

Vocus said in a statement on Thursday morning that "its cable designs used the latest multi-terabit technology and would vastly improve the international connectivity of Papua New Guinea and bring high-speed international telecommunications to Solomon Islands for the first time".

"The project scoping study phase includes consultation with external stakeholders including the governments of Papua New Guinea and Solomon Islands, the procurement of the cable system, and the commencement of permitting. The outcome of the scoping study phase is expected to result in the rollout of a cable system on behalf of the Australian Government commencing in 2018."

Huawei is also facing problems in the US where politicians are bringing pressure to bear on AT&T to cut commercial ties with the Chinese company.

More in this category: « Nokia, Optus seal five-year network deal Iridium readies for 5th NEXT satellite launch »
Share News tips for the iTWire Journalists? Your tip will be anonymous