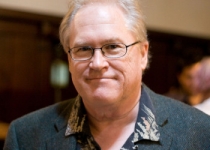 One of the first technology columnists, PC Magazine's John C. Dvorak, claims he was fired from his job last month because he wrote an op-ed that was critical of 5G.

Dvorak said he had initially reasoned that it was because he was part of the old regime and was being replaced by new people who were coming in.

But then he said one of the producers at the No Agenda show, a podcast in which he participates, had noticed that a link to a column of his about 5G was redirecting to some other article.

"The difference was my column was interpreted as critical of 5G. The replacement (and an additional column that came later), was more of a cheer-leading column," Dvorak wrote.

"In fact, my column was more reporting than opinion as I was reflecting on all the bad press 5G was getting from every corner. My conclusion was that, unless this stopped, 5G would never get off the ground."

In the column which led to his sacking, which was published on 22 August, Dvorak wrote: "The technology might be the problem, but even worse for the companies behind it is the perception that 5G is already unsafe before they even get it on a single pole.

"If you read the barrage of scary literature about 5G mobile phone technology, specifically the use of millimetre wave frequencies to transmit data, you must conclude that it is a bad bet."

Dvorak, who has been writing on technology for the last 40 years, said his firing was a cautionary tale to all tech writers.

"Anyone writing for any publisher in today’s commercial market, where the managed advertorial and native ad seems to be the only way to make money, needs to be cautious," he said.

"More importantly today’s readers need to be a little more than cautious when believing anything. Native advertising is a most insidious concept and should be rejected by every publisher.

"Instead it is welcomed by the broadcasting networks and most of the major newspapers including the New York Times. Are the writers saying nice things or are they paid to say nice things?"

He said independent opinions and viewpoints, as well as unfettered research, could only be done if the readers paid directly for it.

"Advertising, advertisers, corporate sponsors cannot abide by 'opinions' mucking up their strategies. Keep that in mind when you choose your information sources," he added.

More in this category: Facebook searches for the way forward »
Share News tips for the iTWire Journalists? Your tip will be anonymous