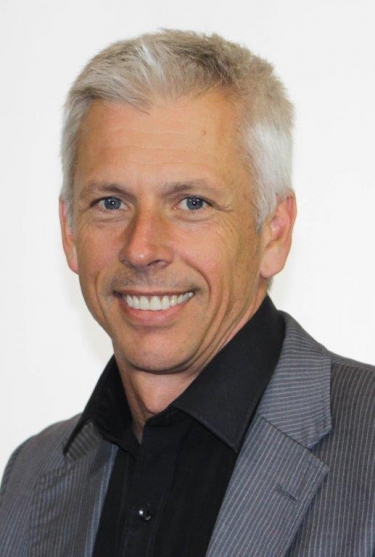 GUEST OPINION: Despite all the hype around 5G in the mobile phone world, an even larger sea-change is taking place that is putting traditional telecommunications carriers under tremendous stress, and possibly even threatening their long-term survival.

As of December 2021, three of the five most valuable companies in the world, Microsoft, Alphabet (Google) and Amazon, are all worth significantly more than a trillion dollars each.  These companies have seen their valuations skyrocket in the last several years due largely to one major tech mega-trend: their command of the market for cloud computing and storage services.

In the last ten years, these global cloud leaders have taken advantage of ever-decreasing costs for computing and storage, combined with the proliferation of high-speed bandwidth around the world, to fundamentally remake how Information Technology is managed by businesses everywhere.  According to industry analyst Gartner, the worldwide market for cloud services in 2021 is $332 billion, up from $270 billion in 2020.

Long viewed as immune to these trends, telecommunications carriers are now feeling the competitive heat from the big three cloud providers and related cloud-based tools. The rapid rise of cloud-based phone systems and video conferencing applications like Microsoft Teams, Zoom, and Cisco Webex, especially during the pandemic, has caused many companies to reconsider their traditional requirements for business telecommunications.

In addition to new cloud telecommunications products, service providers continue to face network pressures from streaming services and other “over the top” products like Netflix, Stan and YouTube, which provide them little to no revenue but place enormous pressures on their networks.  In a recent high-profile case, South Korea’s SK Broadband took Netflix to court over the latter’s wildly popular show Squid Games, and the dramatic rise in data it put over SK’s network.

Thus, facing strong demands to keep investing in their networks to serve content from other companies, and cloud communications services eating into their traditional markets, service providers are facing huge margin threats to their core franchise of selling telecommunications services.  Decreasing ARPU (average revenue per user) is now a constant for most service providers.

Unfortunately for these service providers, there are no quick and easy solutions to these problems that have only been exacerbated by the pandemic. The one path out of this quagmire that seems to be emerging for many services providers has to do with one thing: improving agility.

In years past, service providers could take their time bringing new products and services to market. In many cases, a typical new telecommunications service could take one or two years before being able to launch in the market, by the time the telco designed a new service, procured the hardware, integrated billing systems and started marketing the new service.  In order to keep pace with the market now, however, a two year plus development cycle is simply out of the question.

This ‘need for speed’ is causing many service providers to re-evaluate their traditional ways of working and a premium is being placed on engineering products and services that are quick to test, trial and deploy, and require a level of flexibility that they previously couldn’t attain. For many service providers, this means being much more software-focused and more hardware-agnostic inside their own networks. By emulating global cloud providers in their ability to bring products and services to market quickly, telcos will continue to move towards what is known as a 'disaggregated' approach to their internal engineering.

A disaggregated strategy simply means the service provider will prioritize open-source or 'generic' hardware (merchant silicon) and put a premium on developing or deploying software that is highly intelligent, flexible, on the edge of their networks and allows for automation of services. By doing this, they can move away from some of the more proprietary aspects of their traditional hardware vendors inside their networks and put a premium on speed, flexibility and being able to deploy services without being locked into one suppliers’ hardware roadmap.

A major benefit of this approach is that the operation and planning of the network are greatly simplified and provide for maximum flexibility. In the IT industry, this move toward 'merchant silicon' and open-source platforms like Sonic OS has already made a significant impact in the datacentre market, and service providers are now moving quickly to adopt this approach in their own hardware and software environments.

By moving their focus to software at the edge of their networks, carriers are able to put priority on the services they need to deploy, connect and interoperate their networks seamlessly to various cloud providers, and ultimately bring products to market faster while keeping their operating and capex costs in check.

Service providers in Australia have always been viewed as strong innovators and compare well when matched up against their global industry peers. This new focus on agility, software automation and speed to market, will likely usher in a new wave of competitive and compelling products and services from our local service providers in 2022, and the years ahead.