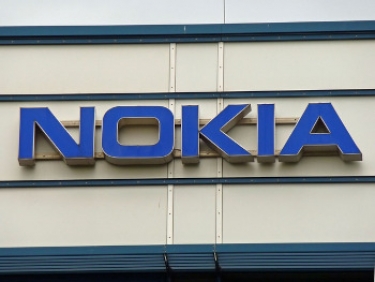 Image by Hermann Traub from Pixabay

Finnish telecommunications equipment provider Nokia has termed as "misleading" claims made by The New York Times about the company's role in Russia's lawful intercept system.

The NYT story is a rehashing of a story published by the American tech website TechCrunch back in 2019, where the reporter, Zach Whittaker, said it offered "new insight into the scope and scale of the Russian surveillance system... and how Russian authorities gain access to the calls, messages and data of customers of the country’s largest phone provider, Mobile TeleSystems".

A Nokia spokesperson said, in a detailed rebuttal, that the NYT had confirmed that the documents used as source material for the story were the same as those used by TechCrunch.

NYT reporters Adam Satariano, Paul Mozur and Aaron Krolik in the their report used emotive language, writing that the system was "most likely being employed at this moment as President Vladimir V. Putin culls and silences anti-war voices inside Russia" although it had no hard evidence to prove this.

The Russian lawful intercept system is known as System for Operative Investigative Activities, or SORM. Nokia said the NYT had suggested that its networks play an active part in enabling equipment used for SORM.

"This is incorrect. Like any other network infrastructure supplier, Nokia is required to ensure that the networking products we sell have passive capability to interface with lawful intercept equipment of law enforcement agencies," the company said.

"This is governed by internationally recognised standards, as well as local regulations. All Nokia deals go through a strict human rights due diligence process that has been externally assessed and vetted by the Global Network Initiative.

"We are the first and only telecommunications equipment vendor to have this external assessment in place."

The NYT headline was: "When Nokia Pulled Out of Russia, a Vast Surveillance System Remained", but it did not outline whether other companies that had pulled out of war zones in the past had taken their installed equipment with them.

The Nokia spokesperson said: "The information that was already published by TechCrunch in 2019 does not show anything more than Nokia’s product interfaces meeting the standards-based, legal requirements related to lawful intercept. The same standards and legal requirements have governed every other infrastructure supplier which has supplied equipment in Russia.

"In fact, Nokia is not even permitted to access SORM equipment or systems whether sitting on an operator or relevant authority’s premises. Additionally, it is a third party which converts the standards-based interface in Nokia’s products to fit with the legal intercept requirements – a fact which is also reflected in the 2019 documents."

The Finnish company, one of four that is able to supply end-to-end 5G networks, added: "As Nokia has made clear to The New York Times, Nokia does not manufacture, install or service SORM equipment or systems. Any suggestions that we do, are incorrect.

"Lawful intercept is a standard capability that exists in every network in almost every nation. It provides properly authorised law enforcement agencies with the ability to track and view certain data and communications passing through an operator’s network for purposes of combatting crime."

The NYT story was claimed to have been put together after vetting more than 75,000 documents for the story.

More in this category: « Huawei says profits up 75% as revenue fell in 2021 Access4 adds call analytics to Sasboss »
Share News tips for the iTWire Journalists? Your tip will be anonymous