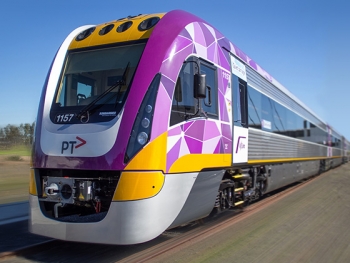 Optus says completion of work on a new mobile site in Maddingley in Victoria will provide improved coverage for mobile users on the state’s rail network.

The telco announced on Tuesday it had completed work on the new Maddingley site as part of the Victorian Government’s regional rail connectivity project aimed at improving mobile coverage along the state’s five busiest regional rail corridors.

The new tower is located on the rail line connecting Ballarat and Melbourne along over five kilometres of track that previously offered limited coverage.

“Government initiatives like the RRCP play an important role in supporting the roll out of critical telecommunications networks into regional Australia,” Mullins said.

“The government should be congratulated for embracing industry collaboration under this project and we are pleased to be working alongside other telecommunications companies for the benefit of all rail passengers in these regional communities.”

Maddingley is the fifth Optus site to go live since the regional rail project was announced, with sites at Ballan, Chewton, Taradale and Pakenham East already up and running.

“With the support of VicTrack and the installation of on-board equipment to boost the signal from mobile towers inside the rail carriage on the Vlocity trains, the thousands of commuters who utilise the Ballarat line daily will now have more reliable coverage on their journey to and from Melbourne,” Mullins said.

Optus is leading construction on 16 sites as part of the rail project, including the Big Hill Tunnel, and will co-locate on a further 12 sites.

Construction on a new site at Longwarry, along the Traralgon line, is about to commence, with Optus saying it expects 12 of its 16 lead sites to be on air by early November.

Victorian Minister for Innovation and the Digital Economy Philip Dalidakis said it was pleasing to see the project progressing and giving more mobile phone coverage and choice to those living and travelling in regional Victoria.

“We realise that people in regional areas haven’t always had the coverage they deserve – this project means commuters can work or play while travelling along Victoria’s five busiest rail lines and we thank Optus for their assistance in delivering it," he said.

More in this category: « Westpac, Murdoch Uni partner to support student tech studies Huawei leapfrogs Apple to No 2 ranking in global smartphone sales: report »
Share News tips for the iTWire Journalists? Your tip will be anonymous