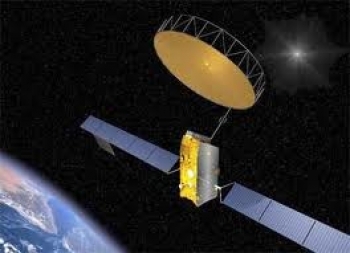 Global satellite operator Inmarsat has completed construction of its final four satellite access stations for its Global Xpress (GX) Ka-band network which is scheduled for worldwide commercial service and delivery of high-speed mobile and fixed broadband services early in the second half of next year.

The new GX stations are located in Lino Lakes in Minnesota in the US, Winnipeg in Manitoba, Canada, and at two sites near Auckland, New Zealand. Two stations in Fucino, Italy and Nemea in Greece are already operational.

Inmarsat says all six of its access stations will act as gateways between the broadband traffic routed via the three Inmarsat-5 (I-5) satellites and terrestrial fixed networks. Each SAS delivers full ground segment redundancy for GX services, with highest quality resiliency, reliability and availability, including at times of adverse weather.

According to Inmarsat its Ka-band network offers a “powerful differentiator” to traditional regional Ku-band networks.

“This is an important milestone as we continue to move full speed ahead with the GX programme,” said Rupert Pearce, Inmarsat CEO.

“Our satellite access station locations and capabilities are designed to support the requirements of Inmarsat’s government and commercial end-users.”

As reported by iTWire, Inmarsat launched the first of its new Global Express (GX) satellites from the Baikonur Cosmodrome in Kazakhstan in December last year.

Pearce said government customers have been the first to deploy GX, with the introduction of regional GX services through Inmarsat’s first Ka-band satellite – I-5 F1 – which serves Europe, Middle East, Africa and Asia.

“With many decades of serving the government and commercial markets, our end-users can trust that Inmarsat’s secure network infrastructure adheres to strict physical and Information Assurance (IA) standards, supported continuously by a dedicated cyber security team, to provide reliable assured access at all times, anywhere around the world.”

Inmarsat has been providing commercial GX services in the Indian Ocean region since the beginning of July this year and Pearce said the remaining satellites are set to launch early in 2015 to support global commercial service introduction early in the second half of the year.
Read 3048 times