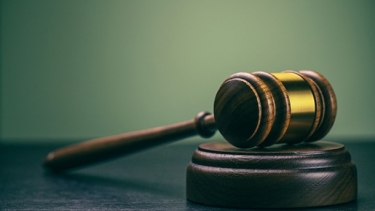 Bidding limits for Australia’s next 5G spectrum auction, which is scheduled to occur in March 2021, have been announced by the Federal Government.

The 26 GHz auction will be the first time high band 5G spectrum will be made available in Australia, with the 26 GHz spectrum allowing for extremely high‑speed, short range broadband services, and complementing the 3.6 GHz spectrum which Australia’s mobile operators are already using to deploy 5G services.

Minister for Communications, Cyber Safety and the Arts, Paul Fletcher, said 5G mobile technology is a critical enabler of a modern digital economy, and will be “vital for such applications as robotics, automated vehicles, advanced manufacturing and the remote operation of heavy vehicles and equipment in resources and construction”.

“It will also support the use of sensor technology which has many important applications, such as networks of soil moisture monitors on farms to allow improved yields while using less water. Within a set area, such as a farm or a factory, 5G can connect ten times the number of devices as 4G, which will support the Internet of Things.

“Australia has been among the world leaders in rolling out 5G networks. To maintain our position we need to make the necessary spectrum available as quickly as possible.

“Success in the mobile market ultimately depends on access to spectrum. Applying allocation limits means that the 26 GHz spectrum cannot be monopolised by any one operator.”

Minister Fletcher noted that in addition to the auction of spectrum licences in the 26 GHz band, the Australian Communications and Media Authority has developed apparatus and class licensing frameworks across the 26GHz and 28 GHz millimetre wave frequencies that will support “an innovative range of uses, including in fixed wireless and enterprise services, consistent with the Government’s communications policy objectives for this allocation”.

The Minister said the Morrison Government is also working to “modernise the spectrum management framework, and intends to introduce legislation into the Parliament in future sitting weeks” - with the legislation providing a “more flexible framework to enable the telecommunications industry to better adapt to future innovations and changing demand for spectrum, including the rollout of future generation mobile technology”.