Gold Coast now one of most digitally connected cities: Optus 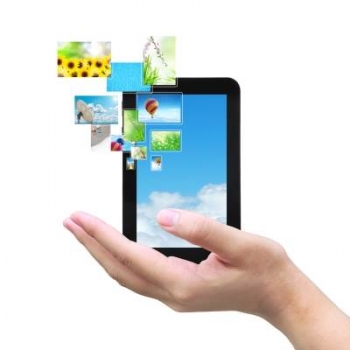 Image courtesy of twobee at FreeDigitalPhotos.net

Optus says its network infrastructure deployed on the Gold Coast for the recent Commonwealth Games makes the city one of Australia’s most digitally connected cities, capable of hosting a range of major sporting and entertainment events.

Optus invested more than $30 million across the Gold Coast ahead of the Commonwealth Games with the completion of more than 340 infrastructure projects including 12 new towers, more than 100 upgrades and improved in-building and regional coverage across the coast, and says its technological investment in the games has now made the Gold Coast “one of Australia’s most desirable major event destinations”.

Ian Smith, Optus vice-president and executive lead for the Commonwealth Games, said, “Optus wanted to deliver the infrastructure on the Gold Coast to leave a lasting legacy for the Coast.

“As a world-tourism hotspot, we wanted to build a network that would help better connect the local community, businesses and millions of tourists who visit the Gold Coast every year.

“Optus delivered a permanent high speed, resilient network across the Gold Coast with more than 426km of fibre delivering the data, commentary and broadcast vision for the games to more than 1.5 billion people from around the world.

“The technological infrastructure that has been installed for the Games, gives the Gold Coast the ability to host any major world sporting or entertainment event, knowing their network can handle the massive increases of population and data usage you would expect from a major event.”

Smith said the permanent investment in the Gold Coast in both the network and ICT solutions, enabled the city to handle a 600% increase in uploads and almost 300% increase in downloads in major sporting venues during the Commonwealth Games.

Optus has recently announced a partnership with the City of the Gold Coast, to allow it access to city-owned assets to expand its telecommunications network and services.

Smith says Optus will utilise Council assets such as buildings, street lights and traffic lights to expand its network and provide enhanced mobile phone and Internet services to the City of the Gold Coast.

“Part of our investment on the Gold Coast was also about demonstrating that Optus is committed to providing a first-class mobile network for the residents and businesses across the Coast.

“Optus recently showcased the capabilities of its 5G network during the Commonwealth Games providing a glimpse into the compelling future use cases of 5G Technologies for consumers and businesses.”