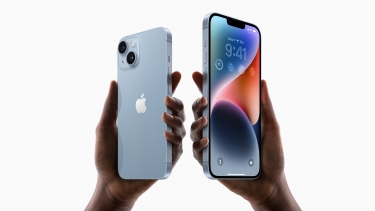 Last week, American multinational technology company Apple released the iPhone 14 and iPhone 14 Plus, two new phone models that boast design, camera upgrades, a new safety capabilities. The new models sold in the US market will be eSIM only, a move that will have major ramifications across other markets, according to analysts at research firm GlobalData.

“eSIM allows users to easily connect or quickly transfer their existing plans digitally, is a more secure alternative to a physical SIM card, and allows for multiple cellular plans on a single device. iPhone 14 and iPhone 14 Plus remove the SIM tray for US models, enabling users to more quickly and easily set up their devices,” Apple noted in its launch press release.

Telecom TV reported that Apple has long supported eSIM functionality but has not implemented this design on previous smartphones.

According to the same report, the move is significant because it will force US mobile service providers to support eSIM activation if they want to have iPhone 14 users as customers.

While current mobile services are enabled by physical SIM cards, an eSIM is a programmable card embedded into a device that allows users to switch to other connectivity providers more easily.

The eSIM activation has been backed by mobile giants Samsung and Apple but mobile services providers are not to keen to support the functionality for fear of losing customers to a rival.

GlobalData warns the consequences of having a eSIM smartphone is varied, representing challenges and opportunities for carrier differentiation in terms of digital customer experience, onboarding, roaming, privacy, security management, and promotional thinking.

Carrier marketeers will need to completely rethink the way they market their 5G networks, it added.

GlobalData technology service director Emma Mohr-McClune said earlier this year the firm predicted that the future iPhone 14 model would be launched with an eSIM-only variant but few global carriers had to think first before implementing the functionality.

“For carriers outside the US, the first eSIM-only iPhone launch in the US is a clear signal of what’s coming to carriers everywhere, and now sooner rather than later. US carriers no longer have the luxury of waiting out the eSIM market; they’ll have to deal with the eSIM-only iPhone 14, whether they like it or not. Some are arguably better prepared than others, but many of the smaller, local and prepaid carriers – including smaller players serving the business community – are facing a furious game of catch-up,” Mohr-Mclune noted.

GlobalData forecasts that eSIM will happen soon. Carriers that cannot support the new generation of iPhone 14 customers “is a business disaster waiting to happen.”

“Firstly, we anticipate seeing far more eSIM Test Drive offers launch in the market. These are promotions inviting customers of competing networks to ‘test drive’ a carrier’s network for free, compare the performance of the new network with that of their existing providers, and potentially switch to a new offer using their device’s eSIM,” Mohr-McClune identified.

“Free eSIM Test Drives represent a marketing problem for US carriers who have up until now, marketed the strength of their networks in terms of national coverage and generic download speed averages. eSIM Test Drives invite users to confirm the real-life performance of competing networks in terms of the user’s specific location, indoor connectivity, regular application requirements, and more – a far more radically personalized form of mobile service ‘try before you buy’.”

“To this end, the current inflation-induced cost of living crunch will provide extra incentive to customers to try out the so-called ‘cut the cord’ scenario – using the smartphone as a mobile hotspot instead of fixed broadband or cable for home connectivity, via an eSIM 5G Test Drive offer.”

“Lastly, we believe this first generation of eSIM-only iPhone users will create more familiarity and trust in the market for eSIM onboarding self-management, opening opportunities for local, roaming and even application-specific, specialists to appear in the market with low-cost, commitment-free ‘micro-offers’ for on/ off connectivity, wherever, and whenever the user requires it, self-managed by an app and the device’s inbuilt eSIM feature.”

The new generation will learn how to self-manage multiple eSIM profiles on one device making it easier to manage contacts, GlobalData said.

Users may learn to respond to QR code promotions for ‘free connectivity’ offers, in exchange for private data (location, usage etc.) permission, or even take up digital service offers in which the ‘connectivity is included for free’, via eSIM onboarding.

“The eSIM-only smartphone is an invitation for much creativity in the mobile market, and we’ll be watching the competitive fallout carefully. The carriers best prepared for the arrival of eSIM-only devices, and able to think through not only the competitive threats, but the innovation opportunities, will be best poised to perform well in this new era of digital connectivity competition,” Mohr-McClune concluded.

This first appeared in the subscription newsletter CommsWire on 12 September 2022.