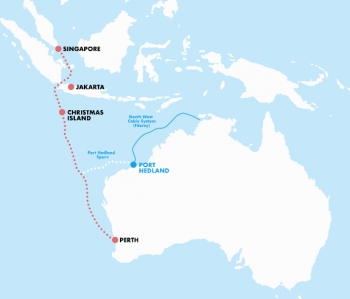 Laying of the Australia-Singapore subsea cable has commenced, with two ships laying two distinct sections from near Christmas Island to Fremantle, and the other in shallow water between Singapore and Christmas Island.

Vocus head of Network Product, Pricing and Carrier, Luke Mackinnon, says it was decided to lay the ASC cable using two ships to speed up the work.

“We could have done the entire lay with one vessel, but we decided to use two. Not only does this speed up things up, but the conditions for each of the two stages are quite different,” he says.

Alcatel Submarine Network’s cable ship Ile de Batz will lay the cable from near Christmas Island to Fremantle, near Perth, Western Australia. The route covers a distance of around 3000km and travels through deep water for about 90% of the route. A sister ship, the ASN Ile de Ré is laying 1600km of cable between Singapore and Christmas Island.

MacKinnon says while the Ile de Batz is covering almost twice the distance, it should complete its section in around one month. He expects the ship to reach Fremantle around 20 April, and lay anything between 600m and 10km of cable an hour, operating around the clock.

“Laying cable is faster in deep water. As on land, the geography of the seabed is not flat. There are underwater hills, outcrops and chasms to deal with as well as different types of seabed surface. It can be rock, silt or sand. At one point the cable traverses the side of an underwater mountain. When we reach one of the chasms we may need to change the type of cable we lay. That means adding extra armour to protect it. All of this is pre-planned long before the ships sail. The cable is wound into the ship with the right kind of armour already in place,” he says.

Mackinnon says in both cases the cable is about 2.5% longer than the point-to-point distance, which allows for the vertical ups and downs.

ASN is using the Ile de Ré to lay cable from Singapore to Christmas Island. Mackinnon says this is a more challenging section and will take around 100 days to complete.

“The sea is shallower and it is also highly tidal. That could be a problem because cables can move in tidal waters. Over time they can rub against rocks and suffer from cuts. The other issue is there are many other cables and pipelines in the area. Each time the ship encounters one of these the cable has to be brought up from the bottom of the sea.” 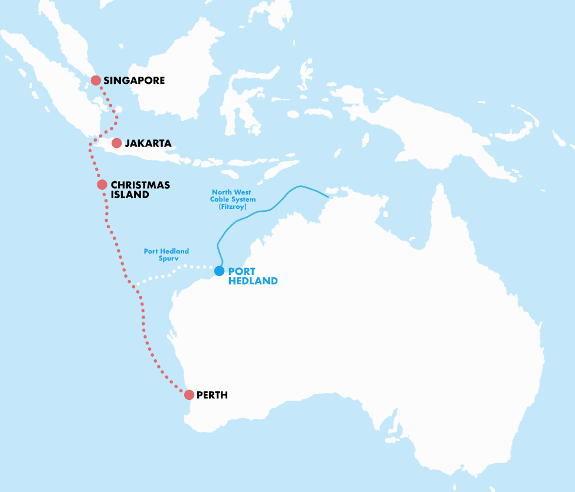 To protect the cable from the elements, other cables, fishing vessels or dropped anchors, the Ile de Ré uses a 40-tonne plough to bury the cable under the seabed.

“We’re very pleased with the progress being made on the ASC project and it is something the company has been focused on for a long time. Now it is a reality, we are having deep engagement with a range of customers who are planning on leveraging the cable in their business from day one,” says Mick Simmons, interim chief executive of Vocus Group.

“The ASC represents the latest submarine cable technology, delivering superior reliability and much-needed diversity to an important route. This milestone means we’re one step closer to bringing customers an alternative to the fragile Sea-Me-We 3 system which is nearing end of life.”