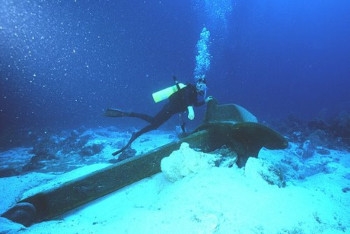 Australia is reportedly putting pressure on the Solomon Islands to withdraw from the Project Honiara undersea cable project after the contract was awarded to Chinese telecommunications giant Huawei.

The Island Sun newspaper reported that officials had said that Australia had cited security concerns to justify its actions.

Huawei was banned from obtaining any contracts for Australia's NBN in 2012. Reports at the time said the Attorney-General's department had blocked the company's participation based on advice from ASIO.

The decision to exclude Huawei was taken even though influential Coalition and Labor figures, including Alexander Downer and John Brumby, lobbied on behalf of the Chinese firm.

It was also made despite objections from some Coalition MPs, including the then shadow communications spokesman Malcolm Turnbull.

The Solomon Islands and Huawei signed a memorandum of understanding a few weeks ago but now the start of work is expected to be delayed after Australia intervened.

The newspaper said that the Australian opposition to Huawei implementing the project had been conveyed to Solomon Islands Prime Minister Manasseh Sogavare by ASIS director-general Nick Warner.

Warner was said to have spoken to Sogavare when he visited the Solomons in June in connection with the end of the Regional Assistance Mission to the Solomon Islands on 29 June.

The newspaper said that Warner had made it clear that any other supplier than Huawei was acceptable.

It said that Sogavare's chief of staff, Robson Djokovich, had indicated that he was not aware of any official statement from either country.

“National security concerns of the Australian Government about the integrity of their NBN is public knowledge and not a new issue to all stakeholders of the Submarine Cable Project,” Djokovich was reported to have said, referring to the exclusion of Huawei from NBN contracts.

More in this category: « Pichai tops pay list in cable, telco and wireless industries Planned Hutchison takeover for $2.3b »
Share News tips for the iTWire Journalists? Your tip will be anonymous