Roy Morgan report: Customers most satisfied with Commonwealth Bank of Australia when transacting on an app 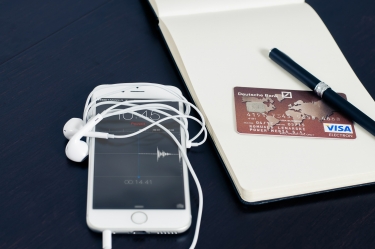 The Commonwealth Bank of Australia shows the highest customer satisfaction levels for branch visits and internet banking when used on app on a mobile phone or tablet among the big four banks, according to the Roy Morgan Satisfaction with Banking Channels Report.

The report also revealed that mobile banking and internet banking as the service channels with highest customer satisfaction.

Mobile banking (via a mobile or tablet app) proved to be the banking channel with the highest customer satisfaction, with an average rating among the big four banks of 89.4%.

Internet banking, which is visiting a bank’s website, received the second highest average satisfaction rating with 86.8%. Branch banking followed with 82.6%, and phone banking, which involves calling the bank directly, came in fourth with 77.4%.

The high customer satisfaction for mobile banking is good news as it is the preferred method for customers to access their banking accounts – overtaking usage of internet banking for the first time during 2021.

Nearly two-thirds of Australians, 63.6%, now use mobile banking apps on a mobile phone or tablet to access their bank accounts, up seven percentage points on a year ago.

Internet banking, which is conducting banking through an institution’s website, remains as the second most used channel with a bare majority of 50.3% using this service, but down 9.1% points on a year ago.

Visiting a branch is clearly the third preferred service channel used by 47.4% of people, down 6.2 percentage points on a year ago while phone banking is used by only 22.8% of people, virtually unchanged on a year ago.

“The higher customer satisfaction ratings of the automated banking channels give an extra incentive to banks and other financial services firms to increasingly move as many of their services online as possible,” Levine adds.

“An added benefit for the banks of moving customers online is the reduced labour costs associated with these frictionless banking channels and it’s easy to see why the trends of recent years are set to continue with even greater technological integration and less face-to-face interaction with staff in an increasingly connected world,” Levine concludes.