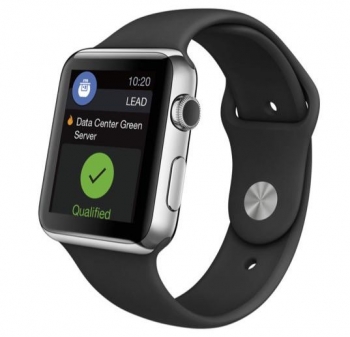 So one of Oracle's objectives is to make the complicated simple for people working across a business or in the IT department.

Oracle's Alta UI was made publicly available last year, and has gone into production in the company's Fusion applications, says Oracle vice president mobility and development tools Chris Tonas. This is about offering different experiences to different users on different devices, for example 'click to drill down' on a desktop versus 'touch and expand' on a tablet.

But we are heading towards a situation where the phone is likely to be most people's primary device, Ashley believes, using a combination of native and web apps as well as other devices when they are more appropriate for the job in hand.

Oracle's rule of thumb is that devices with 6in or smaller screens need native apps, while anything larger uses a web app. Either way, it is important to meet users' expectations of the way software should work. For example, it's a bad idea to expect a user to press on a screen element if they expect to swipe. People won't use apps that don't meet their expectations, he says.

Ashley also sees Chromecast and similar technologies being used where a large screen is needed, but stresses that the objective is to take full advantage of the TV or monitor, not just to provide an enlarged version of what is shown on the phone's screen.

This model frees people from their desks, whether any particular individual prefers a phone, tablet or notebook, or even different devices according to the situation and task.

Oracle's approach even makes it possible to switch from one device to another mid-task, arriving at exactly the same point in the process.

"People want to go from situation to situation," Ashley says, and if they don't or can't capture information or ideas in the moment, it is likely to be lost forever. Hence, for example, the provision for capturing voice notes or photographing a receipt and then storing them as part of a broader process. "It's a much more humanistic thing."

Tonas says Oracle's Mobile Application Framework includes support for voice input as part of an effort to restore people's ability to walk around with their heads up rather than peering down at screens.

Similarly, the delivery of notifications means they can see important messages without having to open the relevant app (see image beneath headline).

The goal is to support "the exact amount of work required for the right person on the right device at the right time," he says.

Ashley picked up that theme, pointing out that "our enterprise applications aren't somebody's job - they have a job to do" so it is important that those applications provide "a more naturalists, human way of working." This approach also means less training is required.

Common, self-service tasks (such as entering a leave request) should be on a par with using an ATM or the seat-back entertainment system on an airliner, he says, although certain roles and tasks call for greater density of information that is better provided by a more traditional UI. 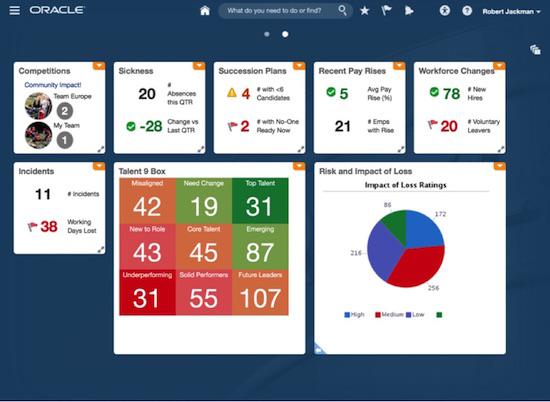 "Oracle puts a lot of faith and effort into [UX]," says Ashley. There are now five generations in the workplace, each with different expectations and experiences, and "we have to manage that transition as gracefully as possible."

Disclosure: The writer attended Oracle Open World as a guest of the company