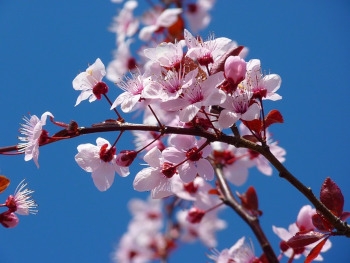 A warning by the ABC, based on a blog post by Microsoft, that the switch in the Japanese calendar could bring about problems similar to those expected for Y2K appears to have been somewhat overblown, with no reports of any turbulence as the 31st year of Heisei rolled over.

The ABC report on Tuesday cited Microsoft as warning that "the magnitude of the event may be similar to Y2K".

No source was provided for this warning, but it appears to be drawn from a blog post in April 2018, where Microsoft's Shawn Steele offered some advice about Japanese calendar eras.

In that post, Steele wrote: "The Japanese Calendar has Japanese Era Names that coincide with the reign of the Emperor. For most of the modern age of computing that has been the Heisei era. However the Emperor is expected to step down on 30 April 2019 which will bring about the beginning of a new era. Fortunately, this is a rare event. However it means that most software has not been tested to ensure that it will behave with an additional era.

"The magnitude of this event on computing systems using the Japanese Calendar may be similar to the Y2K event with the Gregorian Calendar.

"For the Y2K event, there was world-wide recognition of the upcoming change, resulting in governments and software vendors beginning to work on solutions for that problem several years before 1 January 2000. Even with that preparation many organisations encountered problems due to the millennial transition.

"After the era has changed it will be too late to test for compatibility problems. Therefore, the Windows 10 Spring Release includes a registry entry with placeholder information for the expected Era transition. This is intended to help users discover any software limitations around the expected change to the new era. Users are encouraged to ensure that their applications are well behaved before the actual era change."

iTWire sought Microsoft's take on the issue on Tuesday, but the company's PR handlers did not respond until Wednesday. Microsoft appeared reluctant to answer any queries, with the PR folk offering only a link to a rather anodyne blog post.

Despite asking a second time for a technical person who could answer queries, all the company spokesperson was willing to say was, "Microsoft doesn't have anything further to add on this, other to what is on the website I shared."

BACK TO HOME PAGE
Published in Business Software

More in this category: Windows 10 to get Android and iOS linking – Build 16251 highlights »
Share News tips for the iTWire Journalists? Your tip will be anonymous