SAS/NATSEM: Our standard of living back to moderate growth 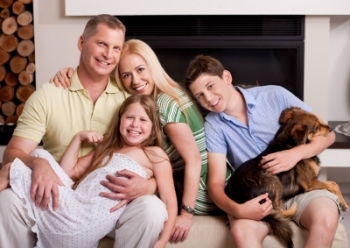 Australia’s standard of living edged upwards in the second half of last year following two years of zero growth, with the modest rise in standards mainly due to “weak increases” in our cost of living due to lower petrol and household energy prices.

According to the new Household Budget Report from BI vendor SAS and the National Centre for Social and Economic Modeling (NATSEM) released today, Australia’s standard of living returned to modest growth - or “trend growth” - for the six months to the end of 2014 – while the cost of living did not change in the December quarter and increased by just 1.4% for the full year to end-December, compared with an income growth of 2.7% for households.

“This is a healthy standard of living recovery which, between June 2012 and June 2014 was unchanged,” said NATSEM’s Principal Research Fellow Ben Phillips.

“There are significant differences between the states with regard to income growth which helped the NT to the greatest financial gains beyond the cost of living through 2014 with households ahead by an average of $4,603 compared with the ACT falling behind by $2,517.”

NATSEM also reports that NSW significantly outperformed the major states with a financial gain of $1,730 compared with Victorian households which only gained $227.

Replacing what was previously a static, paper-based report, Phillips said NATSEM’s new online, interactive delivery via SAS Visual Analytics in the Cloud has allowed “deeper analysis” into the key contributors in the Standard of Living and cost of living Indexes and the impact on different population demographics. The interactive report is now available to the general public at no cost, and to view the report click here.

Phillips said that, by drilling down to the key contributors to cost of living increase over the December quarter, NATSEM revealed that through 2014, alcohol and tobacco, and food and health showed the main increases in the household cost of living, while transport and utilities and audio visual equipment where offsetting factors.

“The report reflects on Australia’s standard of living through the past 26 years where we find that Australian households are around 59% better off today than they were in 1988, after accounting for their cost of living, representing a financial gain of just over $30,000 per year on average. Western Australia and Northern Territory households have gained nearly double that of most other states with gains exceeding $50,000 per year.”

NATSEM’s report also revealed that the recent interest rate cut – on 4 February – of 0.25% saw high income households better off by on average $536 per year, compared with the lowest income group which gained only $38 per year – while the over-65 cohort averaged a loss of $29 compared with an average gain of $318 for those aged 25 to 64 years.

Phillips said interest rate reductions are clearly a positive for families with housing loans but can be a negative for older families who often don’t have loans but do have savings accounts.

The report considers the standard of living for a wide range of family types since 1988, such as couples with children, renters, mortgagees, families with a business income and high/low income families.

“We find that over the long term the families whose standard of living has increased the most includes families purchasing a home; those whose main source of income is a wage; families in WA, NT and the ACT; couple-only families; and the top 20% of income families,” Phillips says.

“Families whose standard of living increased the least included the bottom 20% of incomes, renters, families relying mostly on government income, families in Tasmania, Victoria and single parents. All family groups, on average, are better off than in 1988, 1998 or 2008.”
Read 4053 times