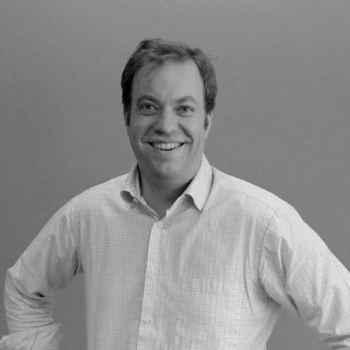 Melbourne-based Business Intelligence vendor Yellowfin has grown rapidly over the past two years in an exceedingly crowded, competitive global market which CEO and founder Glen Rabie says has an ‘unsustainable’ number of vendors pushing BI products and services.

According to Rabie, the massive boom in investment in small start-ups in the BI market, along with a proliferation of products, is likely to lead to an eventual consolidation in the industry, with 60-plus vendors already fighting for marketshare.

On the investment boom in BI, Rabie makes the point that investors will inevitably be looking for a return on their investment and to get their money back, which will eventually see the consolidation in the industry that he forecasts.

He also cites a Gartner report on what it sees as the ‘commoditisation’ of the BI industry and the battle for marketshare between service providers and software providers.

As Rabie told his audience at Yellowfin’s recent annual ‘Think Tank’ conference for its customers and partner companies, “companies would like to expand use, and even standardise on data discovery platforms, for their larger BI deployments, but find that in many cases these platforms lack the necessary enterprise features in relation to governance, administration and scalability, among other things.”

“We are focusing on organic growth with our core products and we are not interested in tack-on solutions.”

According to Rabie, Yellowfin has close to 1,000 net-new customers added to its client roster over the past two years, with the vast majority won in the global marketplace, and with a smaller number in the Australian market.

Rabie says Yellowfin’s revenue has tripled in the last two years as the business pursues its strategy to scale globally. Clients have been won in a wide range of markets including Europe, Latin America, North America and Asia, and in industry sectors like healthcare, telecommunications and HR. Education has also been a major growth industry for Yellowfin.

On the major “customer driven” industry trends, Rabie agrees with Gartner’s prediction that BI and Analytics will remain the top technology priority for CIOs through to 2017, and that there is growing demand for Enterprise Data Discovery. He also forecasts that Big Data “hype” is on the wane.

Additionally, Rabie believes that the “tide has turned” against mega BI vendors who are “no longer seen as the market leaders.” “The perception is that people are looking for fresh, new, modern, lightweight BI solutions. It’s becoming more of a trend and is hard to fight.”

“The shift towards new products is accelerating. The old guard is dead. SAP, IBM, Oracle and Microsoft were the primary BI vendors five to seven years ago but they have not upgraded their products,” Rabie adds.

“We (Yellowfin) have a single integrated product. You install one piece of software, there’s no moving parts and it’s entirely browser-based. We have product differentiation, we’re moving away from the desktop to cloud-based deployments, and mobile apps Yellowfin can scale.”

And, in a harder quality push by Yellowfin, which Rabie says is designed get to a position of market leadership in the BI space, the company is looking to launch smaller product releases every six months, with longer beta cycles and a focus on “usability”. “Yellowfin 7 was a massive release for us and we need to educate people on migrating to seven. Need to bring customers along with an easy to use, easy to learn, fully automatic and integrated solution.”

“Yellowfin 7 was indeed a major release – probably Yellowfin’s most significant ever – and publicly launched in December last year. Yellowfin 7.1, the next version of Yellowfin, becomes available in beta form today (6 June), and will be released for GA on 31 July.”

“The focus on usability will differentiate us and we will refine our products further to make them even better,” Rabie adds.

On Yellowfin’s growing client roster, Rabie says that while 80% of current revenues are from overseas markets it is likely to grow to 90%, with Australia accounting for around 10% of revenues in the near future.

In the quest to scale the business globally, Rabie says the highest growth is likely to come from the North American and European markets, with slower growth in the Asian region.

More in this category: « ParStream, Yellowfin come together in strategic alliance SAS deployment halves RFDS response times »
Share News tips for the iTWire Journalists? Your tip will be anonymous