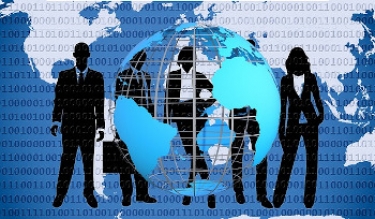 Global ratings agency S&P Global Ratings has forecast that IT spending will grow between 2% and 3% in the year ahead, an improvement from 2019.

The company said that this would be based on strong software growth which was piggybacking off the transition to software-as-a-service and an IT service environment that was, to a large extent, stable.

On the hardware side, S&P said hurdles would continue to be encountered as delayed or cancelled purchases were occurring more often as business uncertainties raised their head.

Additionally, software was replacing hardware for some functions. "...but we expect to see pockets of growth returning to some end markets including smartphones and servers," the company added.

The semiconductor market was expected to be less volatile in 2020, with an overall growth rate of 3%, S&P said.

"We believe memory revenue will be roughly flat year-over-year as both dynamic random access memory (DRAM) and NAND flash memory gradually recover throughout 2020, and that non-memory will return to growth near global GDP levels after a down year in 2019," it said.

S&P pointed out that China's economy had slowed throughout 2019 and this could continue due to the ongoing trade war with the US.

"[This could end up] hurting consumer demand for IT products ranging from smartphones to semiconductors used in autos in the world’s largest market," the ratings agency said.

"Technology (tech) disputes could also motivate aggressive investments in China with growing support from the Chinese government, aggravating oversupply for some devices and components."

While technology firms had found ways of mitigating the affect from the tariffs and the US ban on Huawei Technologies, S&P said there was no escaping the fact that the trade war had added to business uncertainty and weakened growth expectations in the IT industry.

"Without a resolution [to the trade war], we expect IT spending to be dampened over the next 12 months or so and tech companies to continue to explore ways to maximise supply-chain flexibility so as to lessen any impact from ongoing US-China trade risks," S&P said.

Published in Business Intelligence
Tagged under

More in this category: « Australian companies set sights on investment in artificial intelligence Consumer goods firms will step up direct sales in 2020, predicts Software AG official »
back to top