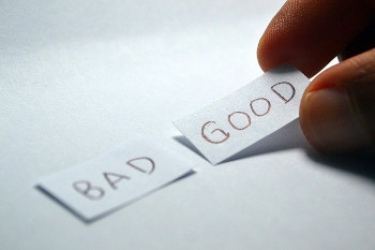 DuckDuckGo said FLoC was bad for privacy. "Google has created a new tracking method called FLoC, put it in Chrome, and automatically turned it on for millions of users," the company said.

"FLoC is bad for privacy: It puts you in a group based on your browsing history, and any website can get that group FLoC ID to target and fingerprint you."

Google's testing of FLoC was not publicly announced by the company and came to light after the Electronic Frontier Foundation, an organisation that fights for digital rights, announced the launch of a trial on 30 March.

Everybody knows to not put all their eggs in one basket but Google seems to be putting more and more of their eggs into the tracking basket and their other services are starting to suffer because of it.

A blog post by EFF staff technologist Bennett Cyphers said the only way people could opt out at the moment was by disabling third-party cookies. "We’ve been told that the trial is currently deployed to 0.5% of Chrome users in some regions – for now, that means Australia, Brazil, Canada, India, Indonesia, Japan, Mexico, New Zealand, the Philippines, and the US," he wrote.

Two senior executives from Brave, senior privacy researcher Peter Snyder and chief executive Brendan Eich made their opposition known on Monday US time, saying, "Brave opposes FLoC, along with any other feature designed to share information about you and your interests without your fully informed consent".

DuckDuckGo said: "You can use the DuckDuckGo Chrome extension to block FLoC's tracking, which is an enhancement to its tracker blocking and directly in line with the extension's single purpose of protecting your privacy holistically as you use Chrome.

"DuckDuckGo Search (via our website duckduckgo.com) is now also configured to opt-out of FLoC, regardless if you use our extension or app."

FLoC groups you based on your interests & demographics, using your browsing history, to enable creepy advertising & other content targeting without third-party cookies. It continues to facilitate the manipulation, discrimination, and filter bubbles synonymous with such targeting.

The smaller search engine company said Google had not been very clear about how one could avoid being tracked by FLoC, but suggested the following to avoid becoming a target:

Von Tetzchner said while Vivaldi also used the engine from Chromium — the open-source browser made by Google — to render pages correctly, that was where the similarity with Chrome ended.

"At Vivaldi, we stand up for the privacy rights of our users. We do not approve tracking and profiling, in any disguise. We certainly would not allow our products to build up local tracking profiles," he said.

"To us, the word 'privacy' means actual privacy. We do not twist it into being the opposite. We do not even observe how you use our products. Our privacy policy is simple and clear; we do not want to track you."

"This presents a challenge for ‘tracking’ companies such as Google who want to remain dominant, and so they look for alternatives. FLoC is one of them.

"Like many privacy-oriented products, Vivaldi has a tracker blocker built-in that blocks known third-party trackers, whether they use cookies, localStorage or fingerprinting for identification."