Decoupling from China cheap talk for domestic consumption: US lawyer 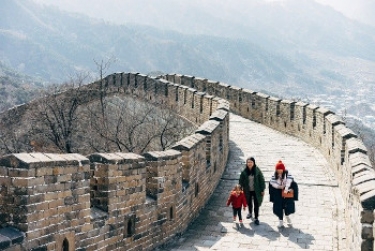 All the talk about decoupling from China in the wake of the pandemic and the US trade war is mainly "cheap talk for domestic consumption", an American lawyer, who has worked with a number of law firms in China for three decades, says.

Robert Lewis, co-founder of the China Going Global think-tank, said in an op-ed in the Asia Times that while Trump administration officials had floated the idea of funding US companies to relocate back to their country, it was not going to happen.

"Although US President-elect Joe Biden also talks about bringing manufacturing jobs back home, his choice for secretary of state, Tony Blinken, has minced no words in distancing the incoming administration from the idea of decoupling," Lewis wrote.

And he quoted Blinken as saying at an event hosted by the US Chamber of Commerce during the US presidential election campaign: “Trying to fully decouple, as some have suggested, from China … is unrealistic and ultimately counterproductive. It would be a mistake."

Lewis, who has written a book The Rules of the Game of Global M&A: Why So Many Chinese Outbound Deals Fail, said that China's advantage was no longer cheaper labour costs.

As labour costs rose in the Middle Kingdom, its producers had started taking on more and more sophisticated work for their American clients.

"For example, in 2009, China performed only assembly work for the Apple iPhone 3G, representing 3.6% of the total bill for materials," Lewis said.

"By 2018, China was producing many of the more complex components for the iPhone X, including the printed-circuit board, battery pack and camera module, increasing its share of the bill of materials to 25% of the total.

"This is representative of the overall trends for China manufacturing. Based on figures from the Organisation for Economic Cooperation and Development, China’s domestic content as part of total exports increased from 74% to 84% from 2005 to 2015.

"This comprehensive ecosystem of the value-added manufacturing supply chain in China will be difficult to replicate elsewhere."

He said more and more lower-value manufacturing would continue to move out of China and this should not come as a surprise to anyone.

"But moving some lower-value manufacturing out of China as part of a pre-existing broader trend is not decoupling. MNCs [multinational corporations] cannot afford to decouple. The massive China market is just too important to ignore," he pointed out.

Lewis provided the following examples to back up his argument:

Lewis said companies like the ones he cited were highly unlikely to walk away from the China market. "Similarly, other MNCs and even many small and medium-sized enterprises will be unwilling to cede market share in China to competitors that can then leverage their China profits for competitive advantage in other markets around the world," he added.

He said his statement was borne out by foreign direct investment figures for the first 10 months of 2020. "After a first-quarter year-on-year decline in FDI of 10.9%, FDI inflows were up 8.4% in the second quarter to close the first half down only a negligible 1.3% compared with 2019," Lewis pointed out.

"For the period July through October, China FDI posted another four consecutive months of increases, including a 25% jump in September, followed by an 18.4% increase in October. For the first 10 months of the year FDI was up 3.9% over 2019.

"The kicker is that 2019 was a record year for China inbound FDI. So, notwithstanding a serious global pandemic, China is on track for another record-setting year for FDI inflows.

"The sound you hear is not the rush of foreign companies stampeding to exit China, as would be suggested by the decoupling narrative, but it is the sound of MNCs and SMEs from all around the world pressing to come in."

More in this category: « Software AG launches cloud platform for process mining tool Australian domestic payment bodies propose to join as one »
Share News tips for the iTWire Journalists? Your tip will be anonymous