Acquisitions and subscriptions claimed to be paying off for Tableau 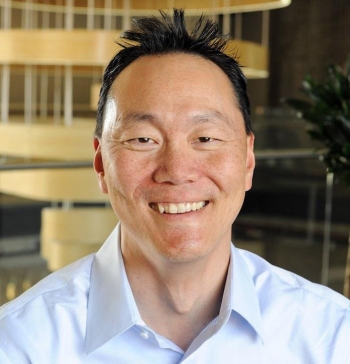 Tableau is continuing to advance its analytics and visualisation software and its move towards subscriptions, rather than perpetual licensing, is claimed to be proving successful.

Tableau executive vice-president of corporate development and strategy Jay Peir has been with the company since 2011, and in recent years has been particularly involved with acquisitions and the switch to subscription licensing.

The feedback from customers is that the subscription model makes it easier to adopt Tableau, he told iTWire.

Senior director of technology and strategy Marc Rueter pointed out that this licensing model meant customers could easily scale as needed. And with Tableau Online (the cloud-hosted version of Tableau), they don't even need to worry about hardware.

Peir and Rueter spoke to iTWire while they were in Sydney for the Tableau Data Day Out event earlier this week.

Tableau's management team has seen some changes as the company took on executives with strong experience in running growing companies, said Peir. This positions Tableau to grow to a several billion-dollar company in the coming years.

"[We're] scaling the company for the next phase of growth," he said.

The focus is now on enterprise customers, Peir said, including a major retailer that has more than 100,000 Tableau users.

Talking of retail, Woolworths is one of the company's local customers. Others include the Australian Institute of Health and Welfare, Coopers Brewery, Domain Group, Origin Energy, Toyota, and the University of Western Sydney.

Australia was the second international market after the UK that Tableau entered, said Peir, and it remained an important market. The company has 425 employees in Asia Pacific, and Australia is one of the largest markets in the region. Tableau has offices in Sydney and Melbourne, plus employees based in Perth and Canberra.

"Australia has been one of the leading markets in terms of adopting subscriptions," he added, and "we've made big investments in customer success" as that is especially important with subscription software.

Ask Data gave everyone the chance to investigate the data they're interested in, said Rueter.

Planned improvements include making the feature more conversational, and the provision of a mechanism to tune the natural language recognition to suit specific requirements.

This will allow users to access metadata stored on Tableau Server, and it will be possible to use it in conjunction with an enterprise data management system, according to Rueter.

Another forthcoming feature is an AI-based capability to put the most relevant items in front of individual users, allowing them to get to significant content more quickly.

Visualisations will allow parameters to be based on the data being examined. Rueter gave the example of someone looking at a trend line that shows a glitch. The user will be able to click on that part of the line to see the statistics for that data point.

This will enable very complex, yet easily built, analyses, he said. More than 30 new features are being beta tested.

Looking further ahead, the company is working on the integration of the probabilistic computation technology from Empirical Systems, which it acquired in 2018. This will run multiple models in an effort to explain an item selected by the user in a visualisation.

"We have a lot of other programs underway," said Rueter.

More in this category: « Freshworks launches integration with WhatsApp Business Gartner says 90% of blockchain supply chain initiatives will go nowhere »
BACK TO HOME PAGE
back to top