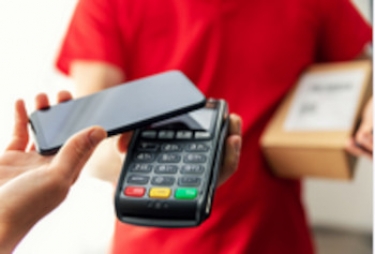 The Australian competition watchdog has given the go-ahead for the proposed merger of BPAY Group and its subsidiaries eftpos and New Payments Platform Australia.

In a statement, the Australian Competition and Consumer Commission said the proposed merger had been approved after the parties provided a court-enforceable undertaking.

The merger was proposed in December last year, with the three entities saying they would amalgamate and created a new identity, NewCo, to cut costs. improve efficiency and compete better with foreign payment platforms.

“We do not consider that the merger of these parties will substantially lessen competition in any payments market, after taking into account the court-enforceable undertaking,” ACCC chair Rod Sims said.

“The ACCC found that, at a high level, the services of the three companies do not compete closely. We considered a number of potential impacts on competition, including concerns raised by industry participants about the impact of the amalgamation on eftpos’ services and least cost routing.”

“eftpos is important to the availability of least cost routing, as the only current alternative network to the Visa and Mastercard networks through which debit transactions can be routed.

“Least cost routing allows merchants to choose the payment scheme that processes transactions when consumers use a dual network debit card. This can help to reduce the fees merchants pay for the processing of debit card payments.

“The ACCC recognises that rapid change is taking place in the sector, but ultimately it was satisfied that, with the undertaking, the amalgamation will not have a significant adverse impact on eftpos’ services or the availability of least cost routing.

“The Reserve Bank of Australia, the regulator of payment systems in Australia, will also continue to take action to safeguard the availability of least cost routing.

“Together with the commitments made in the undertaking, the oversight of the Reserve Bank will minimise the risk that eftpos is diminished or that least cost routing will become less available.”

A statement from an Industry Committee comprising 13 mutual shareholders and eftpos members across the three organisations said: "The amalgamation of BPAY Group, eftpos and NPPA under AP+ would create a more innovative and efficient entity that's better able to compete against international card schemes and Big Tech."

Committee chairman Robert Milner said: "This is an exciting day for all users of Australia's payments system, as we are now in a position to better co-ordinate investments in payment innovations, bring new products to market faster and work together to bring down transaction costs.

"I want to thank the three chief executives of BPAY Group, eftpos and NPPA – John Banfield, Stephen Benton and Adrian Lovney – as well as all the hard working employees across the three companies. Your constructive input and endorsement over the last nine months has been critical to today's successful outcome."

More in this category: « Zoho adds BI to its business software lineup Breakthrough report finds hybrid working will boost Australia’s future »
Share News tips for the iTWire Journalists? Your tip will be anonymous