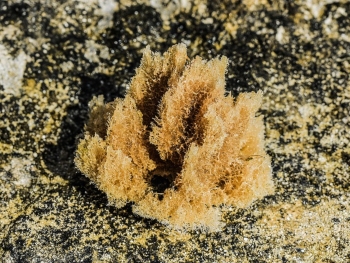 Image by Dimitris Vetsikas from Pixabay

Researchers from Flinders University say they have used marine sponges to develop a new means of reading complex microbial populations, and the same technique could be used to improve analysis of the human microbiome.

Marine sponges were chosen for study by researchers from the university's Centre for Marine Bio-products Development because they are believed to be the oldest existing animals, dating back about 750 million years.

A statement from the university said sponge tissue was made up of about 60% bacteria which made it the ideal means to study microbial diversity.

"For example, compared to a maximum of 41 microbial phyla reported by the global sponge microbiome survey of 81 sponge species, the Flinders University team revealed 57 phyla from only four local sponge species," the statement said.

Professor Wei Zhang, lead author of the research, said: “This breakthrough marks a significant improvement in our ability to expand our knowledge of microbiomes."

His colleague, Professor Chris Franco, used the well-known poem about the blind men who went to examine an elephant to explain how effective the new multi-primer gene reading technique had been

“Previously, using the current single-primer method, researchers only described different parts of the microbiome, while we are now able to see the whole ‘elephant’,” Professor Franco said.

Post-doctoral researcher Dr Qi Yang, who began the research during her PhD candidature, said: “We were able to obtain sequence coverage of all the variable regions of the 16S rRNA ‘signature gene’ to analyse the amplicon-based microbiomes.

“From this initial examination of marine sponges, we are now confident that it can be applied across all microbiomes – including human microbiome studies.

“This will have many possible implications. For example, to better understand the human gut, we will now be able to identify many more types of bacteria, to obtain a more complete picture of the human microbiome.”

The findings have been published in Scientific Reports, part of Nature, the international journal of science.

Published in Biology
Tagged under