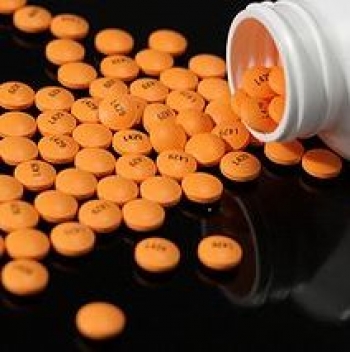 There's an old adage: with modern medical help, the common cold (or flu) can be defeated in just seven days; left to itself, it will take an entire week to pass. New research suggests that this isn't true; that modern medicine might actually prolong the effects of the virus.

Given normal conditions, the human body maintains core temperature at 37 C (98.6 F) and in fact does this very effectively - only in very exceptional circumstances does it vary. When the core body temperature drops below 35 C, hypothermia sets in. At just 37.5 C, the body is considered to be in mild hyperthermia (often referred to as 'fever').

Evolution has given the body an excellent defence against invading viruses. At some point the body came upon the fact that viruses enjoyed the same temperature as the human body and that they could not tolerate even a small elevation, which will inhibit the ability to replicate.

Which is why we fight viral infection (and in fact bacterial infections are fought in the same way) by raising the body's core temperature.

Raising the temperature above the reproduction threshold will inevitably cause the death of the virus. In addition, it is reasonable to equate the level of temperature rise with the intensity of the battle.

The problem lies with a person's desire to fight the symptoms. In conjunction with the rise in temperature, we experience both head and body aches. And we reach for the paracetamol or the aspirin. Both of which, as well as assuaging pain, will effect to reduce the body's temperature, giving the virus renewed strength. And an increased ability to spread.

The very drugs you take to ease your suffering will prolong the infection and increase the likelihood of infecting others.

Recent research (abstract here, full article is behind a paywall) states, "We highlight a potentially important negative effect of fever suppression that becomes evident at the population level: reducing fever may increase transmission of associated infections. A higher transmission rate implies that a larger proportion of the population will be infected, so widespread antipyretic drug use is likely to lead to more illness and death than would be expected in a population that was not exposed to antipyretic pharmacotherapies."

The abstract continues that the research has clearly shown that "for seasonal influenza […], the estimated increase [in transmission rate] is 5%."

Of course this research never says that we should avoid the use of drugs - the weaker amongst us (babies, elderly, infirm) certainly need additional protection and support, however dosing up on pain killers to go to work in the midst of a viral infection has two major negatives. You're likely to experience the infection for longer; and thus you're more likely to infect your co-workers.

iTWire has two recommendations. Firstly, get the flu shot every year (it addresses all known flu strains up to the time it was manufactured) and secondly, if you have the flu, STAY HOME; and better still, suffer it without pain killers - it will pass more quickly.

More in this category: « Researchers tap into the butterfly effect CSIRO launches soil contamination detector »
back to top