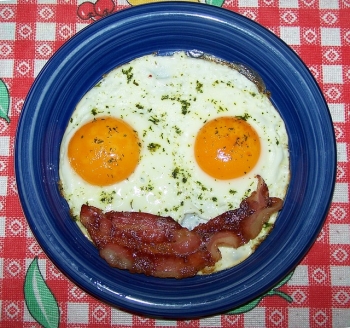 As the Apple stock price continues its descent into Sir John Harrington’s famous invention, the iconic tech company is desperately scrambling to shore up the flagging sales of its latest batch of pricey iPhones, not least the so-called budget model.

Apple chief executive Tim Cook and his underlings such as product marketing vice-president Greg Joswiak are anxiously trying to convince the world that the iPhone XR is a hit, saying things like it has been Apple’s “most popular iPhone each and every day since it became available".

However, even blind Freddy, let alone hard-nosed market analysts, can see through that sort of spin.

The market wants to see hard facts and numbers – not empty rhetoric without context.

That being the case, here is one such fact that underlines previous reports of production cutbacks of all three new iPhone models and discounting of the iPhone XR in Japan.

In the US, the biggest iPhone market by a country mile, Apple has taken the unprecedented step of offering a huge US$300 discount on the iPhone XR if a user trades in an iPhone 7 Plus.

Yes that’s right, folks. Apple is now advertising that the base model of a phone that started selling last month for US$749 can now be had for just US$449!

And on top of this, if you want to trade-in your older model iPhones going back to the iPhone 6S, Apple, a company renowned for its generosity to customers, will give you an additional US$100 on top of the usual price for your trade-in. And if you only have an iPhone 6, wel,l Apple will even give you US$150 instead of the usual US$75.

What’s more, Bloomberg says, “company executives moved some marketing staff from other projects to work on bolstering sales of the latest handsets in October, about a month after the iPhone XS went on sale and in the days around the launch of the iPhone XR, according to a person familiar with the situation” – a situation the source described as a fire drill.

As we all know, discounting a product by 40% just one month after it has been released to the market must indeed mean that sales for that product are booming, right?

Well, that depends on whether you’re an Apple fanboy or not of course.

According to AppleInsider’s number one fanboy journalist, the messenger needs to be shot. Bloomberg is “panic mongering” by conflating price slashing with “Apple’s give-back trade-in program".

Let’s see now, Apple now has a headline banner advertising the iPhone XR for US$449 and the company has upped trade-in prices on old model iPhones going back to four generations by 50-100%. Yes, it is definitely unreasonable to conflate that with price slashing – if you’re a fanboy.

And, of course, what nobody seems to be saying is that all of Apple’s increasingly desperate efforts appear to be going toward preventing leakage of its iPhone user base. The company appears to have given up trying to entice Android users into the fold.

The market has recognised this, with analysts in organisations such as Goldman Sachs and HSBC using words like iPhone market saturation and heavy dependence on one product when discussing Apple’s future prospects. But that’s another story.

More in this category: « Apple App Store monopoly case a tent peg in the sand LinkedIn on the road to ruin under Microsoft »
Share News tips for the iTWire Journalists? Your tip will be anonymous