The slippery slope of censorship just got more slippery Featured 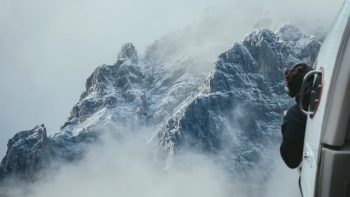 The aftermath of the horrific mosque shootings in Christchurch, New Zealand, last week has unfortunately delivered exactly what the mentally deranged perpetrator wanted – division. It has also served to further stifle the free flow of online information.

As pointed out by digital industry figures Paul Shetler and Matt Barrie, who commented this week about the arbitrary blocking of two well-known websites by Telstra and Optus, we have now entered dangerous territory.

The websites Zero Hedge and LiveLeaks had contravened no known broadcasting laws in Australia, yet they were arbitrarily blocked by the two largest telcos.

Neither Zero Hedge nor LiveLeaks posted or hosted any footage of the mosque shootings, but they were still blocked by Australia’s two largest telcos.

Meanwhile, social media giants YouTube and Facebook hosted countless posts featuring the shooter’s video, but were not blocked by the telcos.

People who argue that this was a specific, one-off instance where it was better to err on the side of caution by blocking the two sites are missing the point.

This has gone a full step beyond deplatforming of contrarian commentators on social media sites and set a dangerous precedent where corporations have assumed the role of gatekeepers of our online content.

In future, telcos may arbitrarily decide that sites that have broken no laws, but which contain politically incorrect content, should also be blocked.

Many alternative news and conspiracy sites contain politically incorrect views. Should they also be blocked by corporate censors because those views run counter to the prevailing wisdom?

What about leaked video and documents showing government wrongdoing?

Should Wikileaks have been blocked for posting a video of a US Apache helicopter gunship murdering innocent Iraqis in 2007?

Censorship in the “free world” is not a new phenomenon, of course. Aldous Huxley’s dystopian masterpiece Brave New World has been continuously censored throughout parts of the world since its publication in 1932.

The book was originally censored in Australia, Ireland, and many parts of the US.

Banning and burning books that contain social messages is one thing. However, banning online news and information websites takes censorship to a different level. In the old print paradigm, it is akin to shutting down newspapers.

A free press is a fundamental foundation of any true democracy. In the online world, we are now dangerously descending to a situation where the only press that will be given a voice by corporate telecommunications is the corporate media.

In effect, we now have one rule for the rich and another for the poor in the online space.

Corporate media get to control the news narrative, say what they like, stay fully monetised on whatever platform they are housed, secure in the knowledge that they will never be deplatformed or have their sites taken down by corporate telcos.

Independent media on the other hand have to mind their manners or else they may find themselves kicked off YouTube, Facebook or Twitter, or now even worse, have their sites blocked.

Those who think that this descent into online media despotism is a mere exaggeration should pause to consider.

For the past seven years, an Australian political journalist of the highest order by the name of Julian Assange has been wasting away in the Embassy of Ecuador in London. His only crime has been to engage in real journalism and publish leaked documents online that expose bad behaviour by the US Government. The real crime is his continued detention, tacitly supported by governments of the so-called free world.

Assange’s detention should be a reminder to those who think erring on the side of caution and blocking alternative news websites is a good idea. The online space has been the last bastion of a truly free press. Unfortunately, the bastion is once again under fire and tottering on the brink.

More in this category: « Beware the great social media scam Treatment of Julian Assange a valuable lesson »
Share News tips for the iTWire Journalists? Your tip will be anonymous