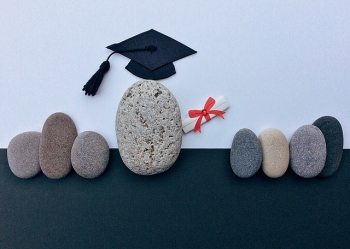 The massive telecommunications industry has been flunked badly by the Australian graduate community, with not one telco appearing among the top 75 graduate employers in a recent survey.

The Top Graduate Employers list was created from a survey of over 2500 graduates, conducted between December 2018 and January 2019.

The survey participants are all current graduates who joined their employer's graduate program sometime in 2018, so they have up to 12 months of full-time experience with their organisation.

The survey is completed anonymously and graduates are asked to rate their employer on around 25 different categories including:

A perusal of the newly released list shows that just about every major industry in Australia is represented – except telecommunications.

Accounting, banking, health, engineering, construction, mining, utilities, water, law, education, oil & gas, government, as well as IT hardware & software, were all represented by at least one employer. In fact, IT performed admirably, with 13 companies, including a number of home grown players, making the list.

Meanwhile, Telstra management complains about a local skills shortage and uses that as a justification to move its technology development capability offshore instead of embarking on a local training program and recruitment drive.

Australia’s largest telco, once a leading employer of engineering and IT graduates which ranked number 23 last year, was noticeably absent from this year’s list of favoured graduate employers.

But let’s not stop with Telstra. Also missing were all the rest of the employers of the telecommunications industry, including Singtel Optus (ranked 32 last year), Vodafone, Vocus, TPG, and Macquarie Telecom, among others.

And let’s not forget to mention the government-owned, taxpayer funded NBN Co, which was another shameful omission from the list.

The telecommunications industry is among the most profitable and well-funded sectors in Australia. It should be an important source of training and employment for young technology graduates.

Yet, somehow the local industry has been allowed to devolve into a mad scramble to outsource and offshore as many technology functions as possible in an unending quest to maximise short-term profits.

These days, service levels from the telecommunications companies have dropped to the point where the number of missed appointments — mainly from outsourced contractors — number in the hundreds of thousands each year.

Australia has already lost its car manufacturing capability and 60 years ago this country even made its own TVs.

Now Australia’s largest companies engaging in high technology are removing the last vestiges of incentive for young people to study ICT and other tech disciplines. It is a great shame and in the end this country will pay the price, as will the companies that have contributed to the de-skilling of this nation.

The Communications Alliance, which represents the telecommunications industry in Australia, has been contacted for comment. If we receive a response, the comments will be added to this article.

More in this category: « LinkedIn on the road to ruin under Microsoft The Internet wild-west rides again with Dissenter »
Share News tips for the iTWire Journalists? Your tip will be anonymous