Message to government and opposition: You work for us, not spy agencies Featured 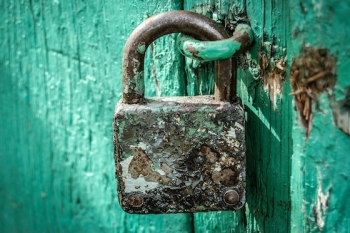 During the past two weeks, a clear message has been sent to the Australian Government from all sectors of the national community. The people of Australia want the government to take their unacceptable authoritarian anti-encryption bill and cremate it.

It is, perhaps, predictable that this outrageous piece of legislation was rushed into Parliament by former cop and now Home Affairs Minister Peter Dutton.

It is also noteworthy that Dutton’s relatively recently created department stinks of the same smell of authoritarianism as its US namesake, the Department of Homeland Security.

The fact that this bill was tabled literally days after the obligatory call for public consultation ended is testimony to the heights of arrogance this government has reached. There was barely any pretence at genuine public consultation.

Regardless of the uniformly negative sentiments expressed by the considerable number of submissions from interested stakeholders, the government decided it was prudent to ignore all of the protestations and once again simply impose its will on the people.

However, unlike the equally unpopular draconian metadata legislation, which the Abbott Government managed to bulldoze through Parliament in 2014 with the help of the so-called Labor “Opposition”, this time all sectors of the Australian community, as well as prominent members of the international community, are up in arms.

What’s more, true opposition to this sordid piece of legislation is being spearheaded by the increasingly powerful voices representing the telecommunications and technology sectors.

Here is what the Communications Alliance, which represents the Australian telecommunications industry, including all the important players, had to say:

That appears to be a pretty comprehensive list of reasons why this outrageous piece of legislation should be scrapped.

On top of this even the giant online tech multinationals — Google, Facebook, Amazon and Twitter — have called for the bill to be abandoned through a submission from their representative association, the Digital Industries Group.

And this is what Digital Rights Senator Jordon Steele-John of the Australian Greens had to say:

“Contrary to the stated objective of the bill, Australian cyber security will be significantly diminished by undermining the fundamental principles of end-to-end encryption – which is exactly what this legislation proposes.

“Creating technology vulnerabilities to expand the surveillance overreach of the five eyes network will ultimately leave all of us more vulnerable to criminal activity. Given some of the biggest data breaches over the last few years have come from government agencies, I’m not left feeling any safer by the prospect of this legislation.

“This is massive government overreach and something we should all be extremely concerned about. It makes a mockery of our right to privacy, leaves us more vulnerable to cyber espionage and permanently weakens existing protections we all rely on to stay safe and secure online.”

Meanwhile, the one party in Australia that has the power to put paid to the government’s ambition to foist its pernicious plan to violate the privacy of Australians, the Australian Labor Party Federal Opposition, has yet to voice real opposition to legislation. Instead what they have given us is their usual mealy-mouthed lip service.

The Opposition’s shadow communications minister Michelle Rowland, together with shadow attorney-general Mark Dreyfus, and shadow human services minister Ed Husic, issued a statement that was basically a rap on the knuckles of the government, admonishing them for rushing through the legislation.

“We saw what a mess the Liberals made with their half-baked metadata proposal and attempting to rush the encryption Bill in a similar way would be reckless.”

Indeed. What the statement did not say, however, was that the Labor “Opposition” ended up supporting that “half-baked metadata proposal” and thus was equally culpable in enabling that draconian piece of privacy-destroying legislation to become law.

When pressed about the current bill before Parliament, the Labor Opposition has refused to rule out supporting it, indicating that it intends to once again act as a rubber stamp and thwart the will of the people.

So what we have now is a government hell-bent on pursuing a wildly unpopular policy at the behest of local and foreign spy and law enforcement agencies within the Five Eyes community of the US, UK, Australia, Canada and New Zealand. And we have a weak-kneed opposition equally beholden to those very same forces.

What the government and opposition seem to have forgotten is that their charter is to enact the will of the Australian people. They are supposed to work for us. They were not vested with power to do the bidding of local and foreign intelligence agencies.

In the case of the Labor Opposition, this is perhaps their last real chance to prove that they are a real opposition force in the Australian Parliament by helping to quash this deeply flawed piece of legislation. However, judging by their past actions, one could be forgiven for not holding out much hope.

More in this category: « Google a cult of censorship, fear and discrimination The most dangerous drug of addiction »
BACK TO HOME PAGE
back to top