Google a cult of censorship, fear and discrimination Featured 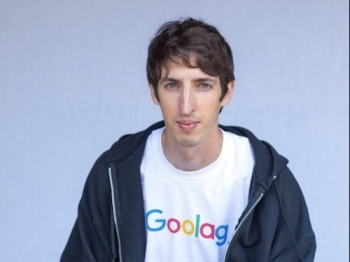 James Damore: fired from Google for having the "wrong" views. YouTube

In the past days, weeks, months, and years the mask has come off Google, the company that was once considered cool and benevolent, to reveal a festering, pus-filled pit of hypocrisy and corrupt values.

In recent days we have seen a number of employees resign, including one of the company’s most senior engineers, over Google’s agreement with the Chinese Government to deliver a censorship-ridden search engine product.

However, we should not be surprised at this, because Google is no stranger to censorship.

Since Google acquired YouTube back in 2006, giving it a near monopoly in the online video space, the search company has progressively eroded the freedoms of what was once a vibrant grassroots video content producing community, attempting to reduce it to a rump of political correctness.

With YouTube, it all began a couple of years back when the video subsidiary of Google decided that it was good policy to “demonetise inappropriate content”.

Over the past couple of years, we have seen YouTube censor popular non-politically correct sites, giving them content violation strikes. Often without warning, Google has simply deleted their accounts, which included sometimes hundreds of uploaded videos and hundreds of thousands of subscribers.

The latest and most high-profile account to be deleted from YouTube to date has been Alex Jones, renowned for his conspiracy and alternative right leaning news channel Infowars. Like him or hate him, Jones had 2.6 million YouTube subscribers. That’s as many people as would occupy a small- to medium-sized state in the US. Yet, the account and its years of archived videos were simply deleted.

Jones is not the only example, just the highest profile case. In general, most of the alternative media, not just on the right but also on the left, has been under attack. Left-wing comedian Jimmy Dore — a nemesis of Alex Jones — has also had his alternative news YouTube channel demonetised.

However, Google subsidiary YouTube is not the only example of the values rot that has infected the organisation. The parent company itself has fallen victim to the obnoxious, putrid, ideological stink of its own creation.

Does anyone remember James Damore?

In summary, Damore, a Google engineer, was fired from the company in August 2017 for daring to suggest in a memo that perhaps reverse discrimination in hiring practices was not the way to go.  For instance, if only 20% of applicants for jobs were women, how was it fair, reasonable and good policy to give 50% of the company’s jobs to women?

For that 10-page memo, Damore was given his marching orders. This was a young competent man who loved Google and believed he was making a positive contribution to the company by drafting the memo for discussion.

The irony of the Damore saga is that Google’s dismissal of Damore for being anti-diversity is a blatant case of the pot calling the kettle black. If there is any organisation on planet earth that is guilty of discrimination and being anti-diversity, it is Google.

Witness the latest saga in the ongoing corporate scandal that is Google. The right-leaning alternative media site Breitbart unveiled a leaked video of a 2016 “Thank God it’s Friday” meeting of Google employees and bosses a few days after the US Presidential election won by Donald Trump.

In the course of that meeting, everybody who’s anybody — barring Eric Schmidt — addressed the meeting. Both Google founders, Sergey Brin and Larry Page, Google chief executive Sundar Pichai, and a myriad other senior Google bigwigs addressed the throngs of employees.

Incredibly, the entire meeting was devoted to the “tragedy” that had befallen the US with the election of Trump. Each and every single senior executive bemoaned the election result, which robbed Hillary Clinton of the presidency, and promised that Google would utilise its resources and do everything in its power to rectify the result.

The idea that an entire company’s senior executive team would hold such homogeneous political views is disturbing enough in itself. However, even more horrific is that the entire crowd of hundreds — perhaps thousands — of employees also appeared to be 100% in agreement with those views.

There may have been a few dissenting souls in the audience, but if there were, they were not about to commit career suicide by opening their mouths.

So this begs the obvious question: if Google is the epitome of virtuosity and diversity, where are the examples of diverse views?

As many commentators in the alternative media have noted since the Google meeting video surfaced, about 50% of the Americans who voted in the 2016 US Presidential elections voted for Trump. So why would it not be reasonable to expect that half — or at least a significant percentage of Google employees — would be Trump voters?

Some of the more cynical among us may sneer and say that Trump voters are just a bunch of “deplorables” – dumb rednecks, who are not smart enough to work at Google. However, observation tells me that this is not the case. So this can only mean that Google discriminates against people who do not conform to its ideological viewpoints. People such as conservatives and libertarians.

When you have an entire organisation singing from the same political, philosophical and ideologically homogeneous songbook, you no longer have a business enterprise. You have an insidious and dangerous cult. And that about sums up Google.

More in this category: « Why it is worth upgrading to the new iPhone XR Message to government and opposition: You work for us, not spy agencies »
Share News tips for the iTWire Journalists? Your tip will be anonymous