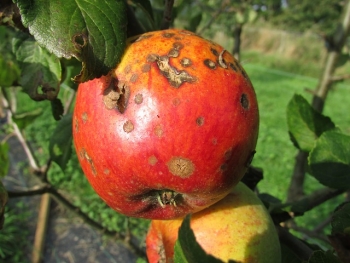 Getting away from the dewy eyed fanboys and looking dispassionately at the set of figures that Apple posted yesterday for its fiscal third quarter, one would have to say that there are some quite positive signs for the iconic company - with one massive proviso.

There is a weak link in Apple’s growth chain and remarkably it is the product that turned the one-time troubled computer maker around 12 years ago and transformed it into the richest tech company in history.

As more than one analyst has pointed out, Apple is now a conglomeration of five separate businesses, of which even the smallest business on its own based on financials would be a Fortune 50 company.

Four of those five businesses did spectacularly well in the third quarter, all growing solidly. One performed badly, below even pessimistic market expectations.

The under performer of course was by far the biggest business unit the iPhone, whose sales contracted by 12% on the previous year’s corresponding quarter results.

The iPhone business since 2013 had been significantly larger than all of the other Apple business units combined but now it is sitting at around 48% and going south.

The iPhone’s business performance was bad enough to drag what could have been a solid revenues growth quarter back to a flat one percent and contract earnings growth by 7%.

The figures set out in table below taken from Apple’s balance sheet speak for themselves. The second column is the previous corresponding quarter.

One could excuse Apple on the basis that the global smartphone market is contracting anyway.

However, as the following Canalysis table from the latest global smartphone market figures show, the iPhone is underperforming badly compared to rival brands, including its chief rivals Samsung and Huawei, and is in danger of slipping into fourth and even fifth place behind Oppo and Xiaomi. 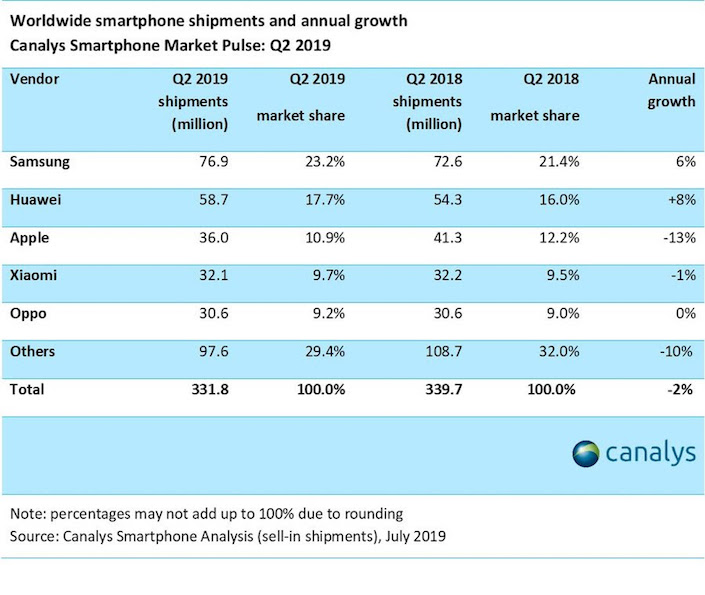 The problem for Apple’s iPhone business is that unlike its competitors it doesn’t have a strong mid-range affordable product in its armoury and more consumers are baulking at paying US$1000-$2000 for smartphones.

Most of Apple’s competitors have the premium products for customers with deep pockets but they also have strong products with 90% of the premium features in the US$300-500 price bracket.

What was supposed to be Apple’s mid-range phone the iPhone XR turned out to be an overpriced under spec’d premium phone that was double the price of superior offerings in the Android world.

No doubt many die-hard Apple fans will disagree but the sales figures speak for themselves.

Some are hoping that the advent of 5G will usher in a premium smartphone revival. This may be true in the short term but at the end of the day consumers are unlikely to want to pay through the nose for a more powerful handheld device when they already have incredible computing power and lightning fast networks at their fingertips. And sooner rather than later mid-range Chinese 5G handsets will be available.

At the end of the day, the big positive that Apple can take out of this is that its services, wearables, Mac and iPad businesses are strong and continue to grow, which in the long run will make the company a much more robust and diversified organisation. Absent another visionary like Steve Jobs entering the fray that’s about the best Apple can hope for.

More in this category: « Can 5G save the smartphone market from commoditisation? NBN Co a monopoly? Maybe, but not like Telstra was because of 5G »
Share News tips for the iTWire Journalists? Your tip will be anonymous