Apple, I have seen the future of personal computing – and you’re not in it Featured 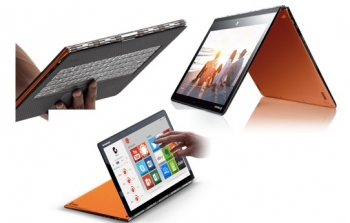 It was cold and dark.  I awoke with a start. What a nightmare! Someone was trying to force me to use an iPhone as my personal computer!

Anyway folks, you know that fantastic device that has the form factor of a large tablet but also has an optional keyboard, which enables it to replace your computer? Well, it’s selling like hot cakes and the momentum is building.

Yes sir, the Microsoft Surface Pro 3 is an amazing device.  And why wouldn’t it be with an Intel i7 processor, 8GB RAM, 256GB SSD and Windows 10? It’s a fully featured PC that can also function as a tablet – and vice versa. The word is that the Surface Pro 4 will be with us next month.

Meanwhile, as 2015 approaches its twilight phase, 30 months after Microsoft released the first Surface Pro, Apple has released a large tablet with an optional keyboard touting it as a personal computer replacement.

Now don’t get me wrong guys. Apple is a great company with some fantastic products, such as most of the iPhone and Mac iterations.

Apple also has the best sales and marketing people in the world. How else could it convince its gullible throng of unquestioning admirers that an oversized tablet, powered by the same processor and operating system as the iPhone 6S, could be a Mac or PC replacement?

The 64-bit ARM A9 RISC processor is a great engine for an operating system like iOS 9, which functions on – well – a reduced instruction set.  In other words, both processor and OS were designed for low powered computing devices like smartphones – not high powered devices like personal computers.

I don’t profess to be a computing guru but I did complete a degree with majors in computer science and electronics and I can read a spec sheet.

The A9 is not even as powerful as an Intel Atom, let alone an Intel i5, i7 or the newer 14nm Broadwell processors. iOS 9 has nowhere near the set of features of operating systems like Mac OS or Windows. It was never designed with that in mind.

So if you really believe that the iPad Pro is a match for the Surface Pro 3 or any decently configured personal computer then you’re kidding yourself.

Anyway, all these are moot points for me because I prefer the clamshell form factor to the hybrid tablet with detachable keyboard.

As I mentioned in a previous article, like a number of other Mac users I would have loved Apple to produce a MacBook Air with a fold back screen that converted to touch-screen tablet. Apple doesn’t want to do that.

In the Microsoft Windows world I don’t have the same problem because it’s a much bigger market and there are a number of competing hardware makers who license the same operating system. Two of them are HP and Lenovo.

I’m currently evaluating the HP Spectre and the Lenovo Yoga 3. Both are beautifully engineered and very powerful computers running Windows 10, which convert into equally powerful tablets simply by folding back the screen through a 360-degree arc.

My initial impressions of both these two machines are very positive indeed. In fact, the more I play with them, the more I like them, although the HP Spectre is a bit heavy because of its sturdy construction.

When I decide which of these computers to make my own, I’ll write a full review and reluctantly close the book on the five-year MacBook chapter of my career.

More in this category: « iPad Pro not even an iPad replacement, let alone MacBook Well yes, buying copper is part of the NBN issue »
Share News tips for the iTWire Journalists? Your tip will be anonymous