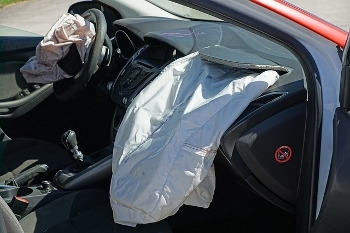 Australian car manufacturers have warned that 20,000 vehicles already under recall for faulty Takata airbags are now classified as “critical”, with the competition watchdog issuing an alert that the cars listed as critical should not be driven.

The Australian Consumer and Competition Commission (ACCC) issued a statement on Friday on the warnings by BMW, GM Holden, Honda, Mitsubishi and Toyota, and urging consumers not to drive the cars at all until the defective airbag has been replaced.

Critical vehicles listed by the ACCC are:

“Cars with airbags listed as ‘critical’ should not be driven. Classification as ‘critical’ means manufacturers have assessed these airbags as being particularly unsafe. A Takata airbag misdeployment can result in death or serious injury, even in a minor collision,” ACCC Deputy Chair Delia Rickard said.

“Under this urgent recall, drivers are entitled to have their vehicles towed to the dealership by the manufacturer and have the airbag replaced for free. Drivers may be entitled to a loan vehicle while the airbag is replaced.

“We encourage all drivers to check if their vehicle is affected, even if they have checked before, and to act immediately to have their airbag replaced.”

Rickard said consumers can check whether their car is affected by visiting:

The ACCC says that under the compulsory recall 425,971 vehicles are still to be rectified, warning that critical airbags are a sub-category of faulty Takata airbags that require immediate replacement because of their increased safety risk for drivers and passengers.

The Commission also says the number of airbags classed as ‘critical’ may increase as manufacturers continue to review the safety risks, so drivers should re-check to ensure their airbag is in need of critical replacement.

“This recall is a rolling recall, which means that more vehicles can be added to the critical category at any time, and we’re urging consumers not to ignore recall messages from manufacturers to get their airbag replaced,” Rickard said.

More in this category: « Driverless bus to be trialled by City of Newcastle Flinders to sign MoU with electric vehicle company for local manufacture »
back to top