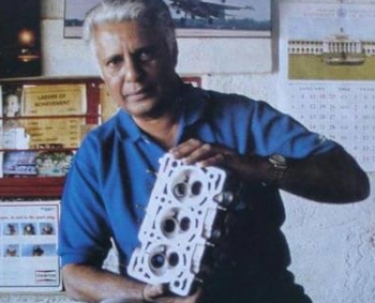 Somender Singh in his workshop. Supplied

An engineer in the city of Mysore in India claims he has found a way to reduce the carbon footprint of vehicle engines, using a relatively simple process for which he has obtained two US patents.

But despite having written to literally hundreds of companies, Somender Singh, who has been involved in preparing vehicles to race and take part in rallies in India's limited motorsport events for the last three decades, has not received even a single expression of interest to purchase his technology.

[Singh is well-known to the writer who used to report on motorsport while in India in the early 1980s.]

Singh says he discovered that by providing grooves or channels through the squish areas, mirroring the piston and head gap at top dead centre achieves a better mix in the compressed air and fuel mixture. This is due to the turbulence generated out of directional displacements towards the igniter, further boosting combustion in a shorter timeframe over all standard engines.

"My design works both ways: on the upward stroke, it mixes the air and fuel better, and on the downward stroke it spreads flame fronts better, bumping up combustion pressures with no ping or detonation," Singh explained to iTWire. 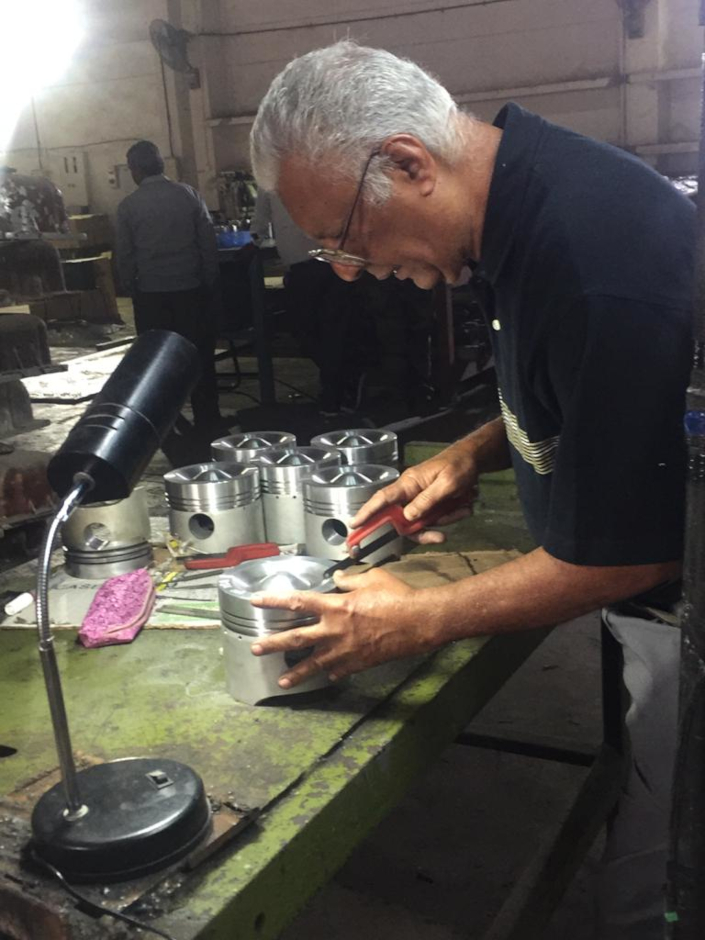 "Better burning results in lesser fuel residues going past piston rings into the crankcase, leading to cleaner engine oils and lubricants which enable them to retain their properties much longer."

Singh said this would provide higher torque from leaner mixtures with lower engine temperatures as a large degree of the combustion was over by the time the temperature reached 40 to 50 degrees past top dead centre.

"The net effect is a reduction in carbon output," he said, adding that he was puzzled at the reaction to what he had come up with, as this was something practically every nation in the world was trying to work towards. 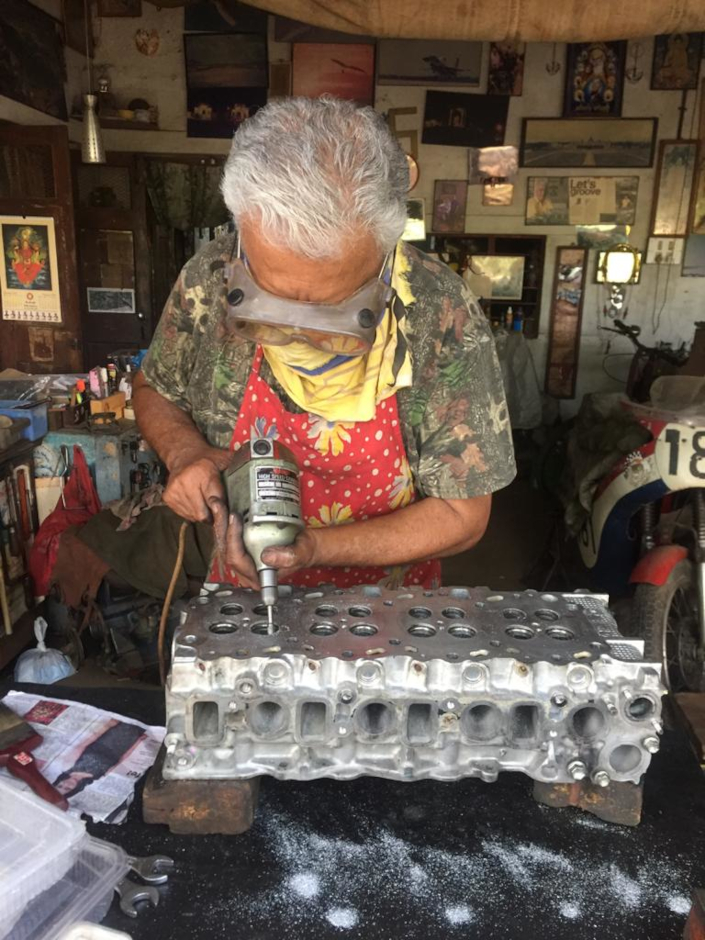 And here he is porting a Toyota diesel head. Supplied

The beauty of Singh's solution, as he put it, is that it can be implemented by any mechanic with reasonably steady hands.

Part of the reason why Singh has not gained an investor may be due to the fact that he is not particularly good at public relations, in a world where image is generally more important than performance.

"I have used these methods on hundreds of engines in the last 25 years, from motorcycles to cars to SUVs to lorries and buses to special purpose engines," he said. "This experience has helped me better understand the workings of my designs in SI & CI Engines."

Given his age, it is possible that many people will dismiss him as some kind of crackpot, especially in an era when people believe in conspiracy theories more than facts.

But Singh says he is more than willing to demonstrate the technology to anyone who will lend him a patient ear. It goes without saying that such individuals would have to be technically literate to understand what he has achieved.

"My interests are to promote proven ideas to upgrade more than a billion older engines across the world to perform better and achieve better fuel efficiency, [and] hence [produce] lesser CO2 as we are not in a position to scrap all existing good running engines and don't have the money to replace them with new electric/wind and light vehicles with limited range costing a packet," he said.

More in this category: « Should your next car be an EV? That is a $40,000-plus question
Share News tips for the iTWire Journalists? Your tip will be anonymous