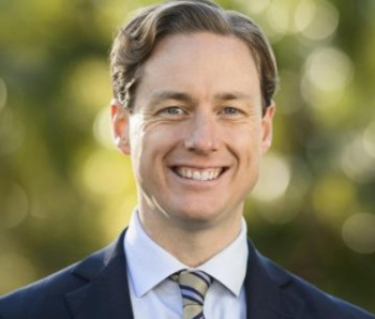 Sam Hibbins: It’s easy to see how a government trapped in this ideology would get dollar signs in their eyes when it comes to privatising a future road user pricing scheme." Courtesy Victoria Greens

A Greens member of the Victorian Parliament has slammed the State Government's move to impose a tax on electric vehicles from July next year, claiming it signalled "a dangerous step towards a privatised road user charge scheme in Victoria".

Sam Hibbins said in an op-ed published in The Age, a newspaper owned by Nine Entertainment, that "a privatised scheme would undermine any of its own benefits by helping to line the pockets of profit hungry giants like Transurban at the expense of our roads and those who use them".

Transurban is a company that runs a toll highway in Victoria known as CityLink which was built during the time of Liberal premier Jeff Kennett in the 1990s.

A second toll highway in Melbourne, known as EastLink, was built by Thiess Contractors and John Holland, with work beginning under Labor premier, Steve Bracks, in the early 2000s. Bracks initially promised that EastLink would have no tolls, but then backflipped on his commitment.

Hibbins said in his op-ed that he was shocked when the announcement was made as there was an urgent need for Australia to reduce its greenhouse emissions.

"Beyond keeping our roads packed with noisy and polluting cars, it would also completely undermine the positive investments the government has made in renewable energy in its recent budget," he said.

Hibbins said a closer look at the tax proposal had made it clear to him that the government was "government was readying itself to privatise yet another public asset".

"I only had to look at who had originally proposed the tax – Infrastructure Partnerships Australia, a pro-privatisation ‘think-tank’ representing Transurban and road builders," he wrote.

"They were also the first ones out of the gate to support the government’s move. And we know that Transurban has been gunning to get their hands on road user charging rights for some time."

Hibbins claimed the Victorian Government was "utterly addicted to privatisation and the selling off of public assets. Anything Jeff Kennett didn’t privatise in the ’90s, [current state premier Daniel] Andrews is selling off now – the Port of Melbourne, the Land Titles office, public housing estates, you name it".

He said a privatised road user charge would mean that the State Government would get a lump sum from a private operator to pay off debt or invest in another project. And "Transurban would manage the system, provide the technology and get a steady stream of income from the public that they could cream the profit off the top", he claimed.

Road-user pricing could become a game-changer for transport in the country, Hibbins said, adding: "It will be a way of managing the demand on our roads, reducing traffic during peak hours, improving travel times and will have massive benefits for the climate..

"And that’s exactly why the likes of Transurban want to get their hands on it. A privatised scheme would involve a watertight contract that would be about protecting private profits and not about the public good or reducing the number of cars on our roads."

More in this category: « Analyst firm predicts Europe will get 69m more connected cars by 2025 'Deadly' Takata airbags still on our roads, ACCC calls for checks before holiday season »
Share News tips for the iTWire Journalists? Your tip will be anonymous