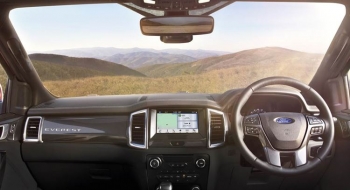 Ford has invested $2 billion in research and development over the past six years to launch and upgrade a record number of products, including the rapid rollout of SYNC 3.

Ford’s leading Australian R&D and engineering team is doing more than developing world-class vehicles such as Everest and Ranger; it is teaching vehicles to speak and understand Australian accents.

Graeme Whickman, Ford of Australia president and chief executive, said, “Our customers are connected outside their vehicles, and Ford SYNC 3 will help them stay better connected while continuing to drive with their hands on the wheel and eyes on the road. Our leading local R&D investment also helps us stay better connected to Australian consumer needs, including SYNC 3’s new voice-recognition technology that speaks and understands Australian accents.”

Five of Ford’s more popular models will hit the roads with Australian flair in 2016 as the company introduces SYNC 3, a new communications and entertainment system that is faster, more intuitive and easier to use with enhanced response to driver commands.

SYNC 3’s more conversational voice recognition technology, more smartphone-like touchscreen and easy-to-read graphics will help millions of drivers connect with their lives and safely access their smartphone’s features while on the road.

The next-generation system builds on the capability of SYNC technology already in more than 15 million SYNC-equipped vehicles on the road globally. SYNC 3 arrives on new vehicles in Australia in 2016.

It drew on 22,000 customer comments and suggestions from around the world — including Australia — plus insights gleaned from research clinics, market surveys and tech industry benchmarking.

Although SYNC 3 is optimised for hands-free use, an all-new touchscreen delivers an experience similar to a smartphone or tablet. 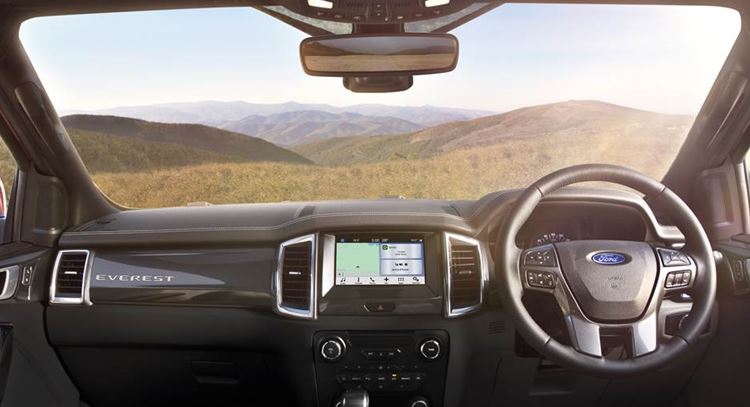 Quicker response to touch as well as voice commands and smartphone-like gestures, including pinch-to-zoom and swipe are central to SYNC 3, along with crisp, modern graphics. A bright background and large buttons with high-contrast fonts for daytime use help reduce screen wash out in the sun. At night, the display automatically switches to a dark background to help reduce eye fatigue and minimise reflections on the windows.

Contemporary smartphones and mobile operating systems have been benchmarked as part of SYNC 3’s development, with a focus on intuitiveness and familiar, predictable systems to ensure it is visually simplistic, easy to control yet sophisticated.

SYNC 3 reduces on-screen complexity and prioritises the control options customers use most.

The home screen features three-zone choices – navigation (if equipped), audio and phone. Tile-like icons dominate the screen, with a quick access function tray along the bottom making for a more straightforward user experience.

Phone contacts are searchable via a simple swipe of the finger to scroll through the alphabet. With “One Box Search,” SYNC 3 users can look up points of interest or enter addresses in much the same way they use an Internet search engine.

The number of items on-screen has been reduced, for a more simplistic, effective system that’s designed to reduce the need to look at the display, meaning that the driver’s eyes spend more time looking at the road, with their hands on the steering wheel.

The SYNC 3 system has minimised the number of steps needed to carry out a command.

With SYNC 3, simply saying “play <song, artist, album or genre>” when a USB device is plugged in prompts the system to play the desired song, artist, playlist or album; there is no need to identify the desired category. To switch back to a radio station, the user just says the station number.

By pushing a button and saying “I need a coffee,” drivers can find nearby cafés. Simple voice commands can also guide them to petrol stations or car parks, as well as locate train stations, airports, and hotels. The system then guides the driver to the selected destination via the embedded navigation available on most models.

Voice search results are also enhanced by a better understanding of how consumers refer to businesses and points of interest. Drivers don’t have to know an exact name. They can search for “Sydney Airport” rather than use the official name “Sir Charles Kingsford Smith International Airport.” With addresses, they can say, “Seventeen Thirty-five Sydney Road” instead of “One Seven Three Five Sydney Road.”

Compatible with iPhone 5 and later models, Apple CarPlay provides a simplified way to use your iPhone interface on a car’s touchscreen, giving users access to Siri voice controls, as well as Apple Maps, Apple Music, Phone, Messages, and a variety of third-party apps.

When connected to an iPhone, SYNC 3 offers seamless integration of Siri Eyes-Free control. Drivers can seek Siri’s help by holding down SYNC®’s “Push to Talk” steering wheel button – much as they would hold down the button on an iPhone to initiate a Siri session.

Android Auto is available on devices with Android 5.0 and higher, it enables functions including voice controls for phone calls and messaging.

AppLink allows customers to connect their compatible smartphone to their vehicle and control their compatible apps using voice commands or buttons on the vehicle display screen, without the need to use Apple CarPlay or Android Auto.

AppLink now automatically discovers smartphone apps including Spotify, Pandora, Glympse and AccuWeather, and displays their unique graphics and branding. Australian-developed apps including Club Connect (for Automobile Clubs of Australia members) and Fairfax Radio will be available later in 2016.

Developers can easily integrate branded apps into AppLink, providing Ford customers with an experience on the vehicle screen similar to what they see on smartphone screens.

It also features update software via Wi-Fi. Once a vehicle is set up with credentials for a home Wi-Fi network accessible it can automatically download updates.

SYNC 3 allows owners to encourage safe driving when they are not behind the wheel with Ford MyKey. Owners can program a spare key to reduce the maximum speed of the vehicle, give an earlier low-fuel warning, limit the volume of the in-car entertainment or even disable it completely if the seatbelt is not fastened. The technology can provide reassurance to owners when lending their car to less experienced drivers.

SYNC 3 provides subscription-free Emergency Assist. A Bluetooth-connected and within range phone is used to dial 000 in the event of a significant accident, alerting emergency services with the vehicle’s location. With SYNC 3, the car relays additional information, including if airbags have been deployed, the type of crash (front, side, rear or rollover) and the number of safety belts detected in use, to help emergency dispatchers, allocate the appropriate resources to the scene.

More in this category: « Singapore launches world's first driverless taxi Connected cars to drive 98% of all M2M traffic »
Share News tips for the iTWire Journalists? Your tip will be anonymous